Well its Labor Day weekend here in the states, and Crissy is looking like she is working up to the long weekend here.... 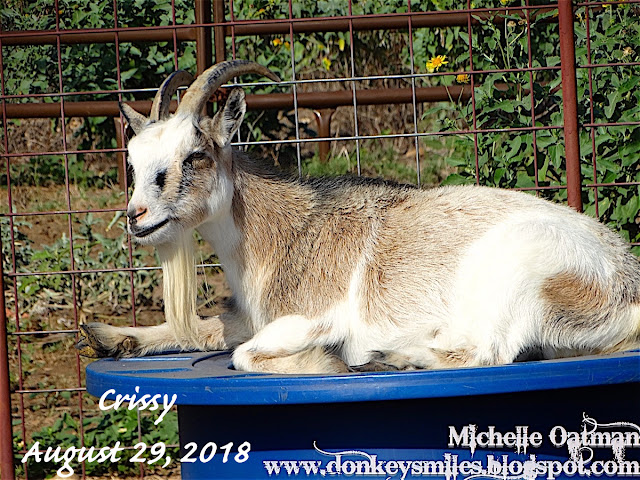 Doesn't she look relaxed - sun bathing mid morning. Such a sweetie.. and pretty too!

Now the next photo isn't the best... sorry I was a long way and shot it with my camera... but I knew the second that Jennifer knew I was walking that way she would move. And I thought it was a cute photo. 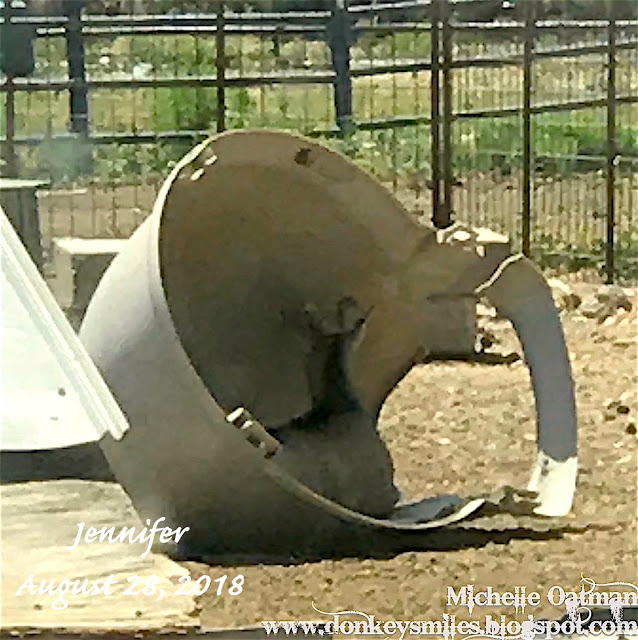 You see we have some of those Igloo dog houses for the goats. And well a few of them are older and just don't lock down like they use to. And with a few head butts.. and a few of the chunkier girls jumping on and off of them they come loose and the top rolls off. I suppose that Jennifer decided that the top provides just as much shade as getting into the hut... and hey a bit of a rocking chair effect I would guess.

Peso wants to say something... 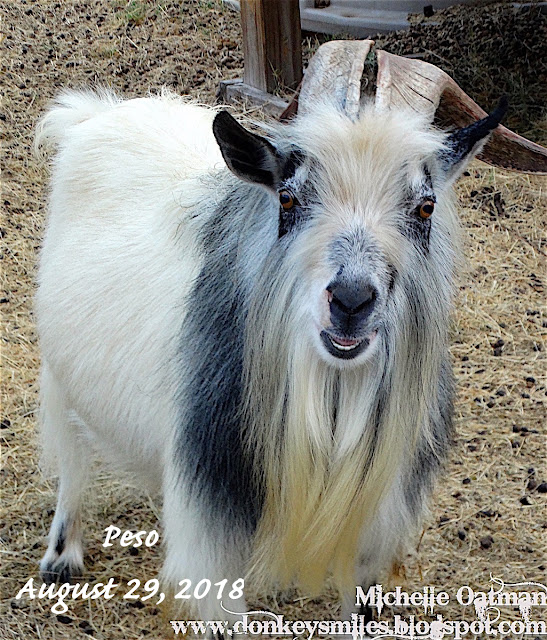 I have no idea what.. but he was talking big time! He is such a funny man... high pitch voice and those bug eyes.. such a cutie! 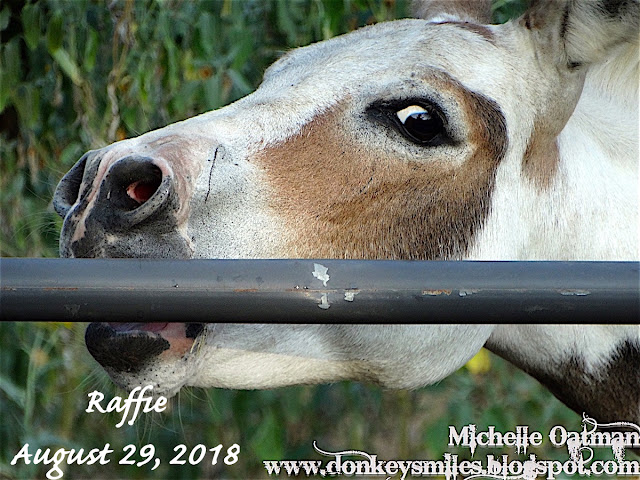 Raffie was really calling out LOUDLY! I don't have to read his mind at all... Love the look in his eye... YEP the girls were really really close and that was a very seductive call to the girls. They were not paying attention at all.. Sorry buddy but they saw the hay Dad had just thrown in the pen for them, and fresh food.. yeah that rates a bit higher than your flirting.

Seems that Sweet Pea has slipped right back into her normal life - right in beside her Mom Belle. And like mother like daughter those horns are just stunning - 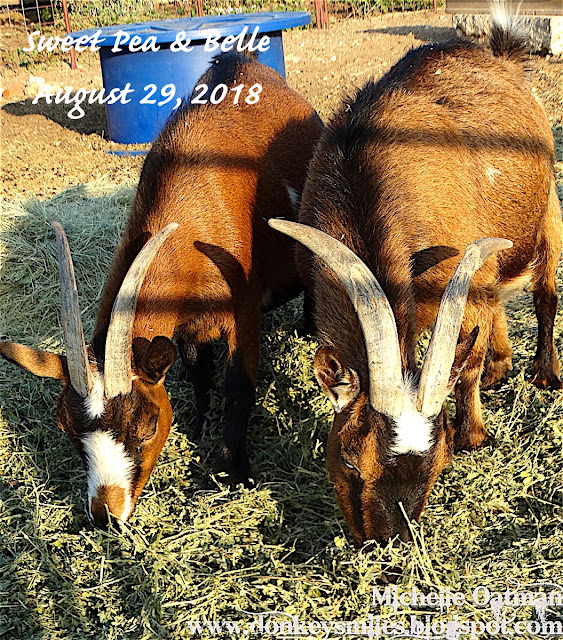 These two girls really do have LONG horns that are perfectly shaped. Not to thin.. not to thick...
Belle was suppose to be one of my future hot shot Breeding goats... but her first birthing was triplets Sweet Pea delivered first but the second two were in a race for number two and were a bit tangled up. It was a hard delivery and they did not survive. Belle nearly didn't as well, as she had some sort of stroke during the delivery. For a while we were worried that Sweet Pea would be an orphan and that Belle wouldn't make it much less raise her little baby. But we helped Sweet pea eat and in a short time Belle seemed to try and love on and clean her and despite being a little slower, she seems to have recovered. But I have always been scared to breed her again. So Sweet Pea will have to carry on her line. And she had done it beautifully... Domino is such a love, and handsome too. Now if only I could get a little girl and those blues eyes from Belle... but I know the girl part is the dudes job. So next time we will try again... Can't wait for it to cool down some so I can split up these girls and start a count down to babies again!

Great pics! Poor Raffie! Maybe he'll get lucky during breeding season. Would love to see you end up with some baby donkeys!!!


where did my day go? Here it is past dinner and I am just checking in! Oh I remember. A cross country team bus in a thunderstorm started my day at 7 a.m. , then the usual Saturday chores and helping DH make the rounds to check the bees. It sure looks relaxed and lovely there. Have a nice Labor Day weekend.

My lab mixes always had igloo dog houses with the swing door. They love them. I had no idea that goats like them too, but it makes perfect sense :-)
All your animals look healthy and happy as always. You and hubby are the perfect parents for these cuties!
Have a great day.
Hugs,
Lena