The weather has been just plain nasty. If it would rain and move on that would be great, but cold drizzle nasty is just not fun to be out in. But I got a few photographs of the animals. And despite being a little wet and having some left over hay hanging from the side of his head... This guy is just simply Handsome! 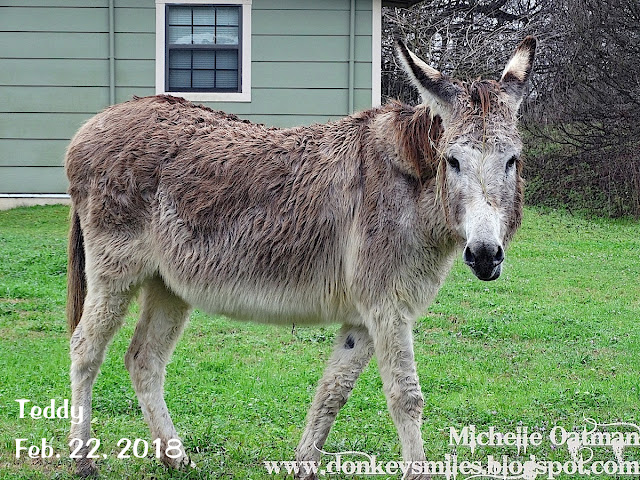 Teddy or officially Ted E. Bear, is our standard donkey is our greeter. He likes to meet you when you drive up and not only just say hi.. but also make sure you didn't bring him some sort of treat. You know carrots.. peppermints, whatever you have on the dash or cup holder. Love this big silly boy. 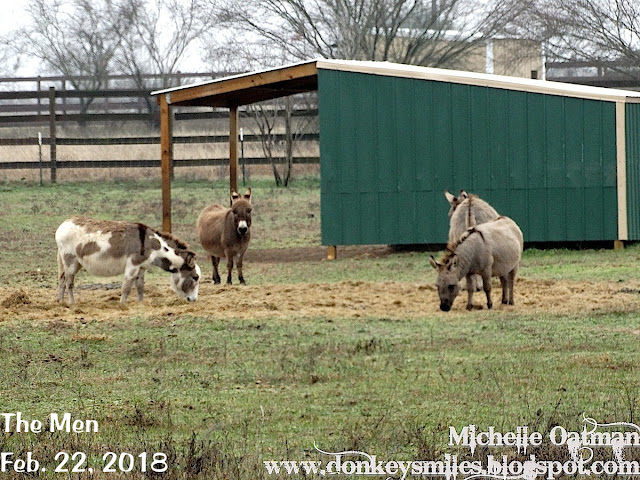 Our men in the front pen are cleaning up. Meaning that no more hay bale until they have really had a chance to clean up the smaller piles of hay. So "Dad" moves the hay ring out of the way and gives them a few days to basically clean their plate. Bales cost too much to let them waste too much. They have also started grazing more which is wonderful! Healthy and cost less! LOL They will get more hay... in a day or two.

All though if you zoom in... Miguel isn't going to go back to that old hay until he makes sure we aren't bringing in a new round bale.... 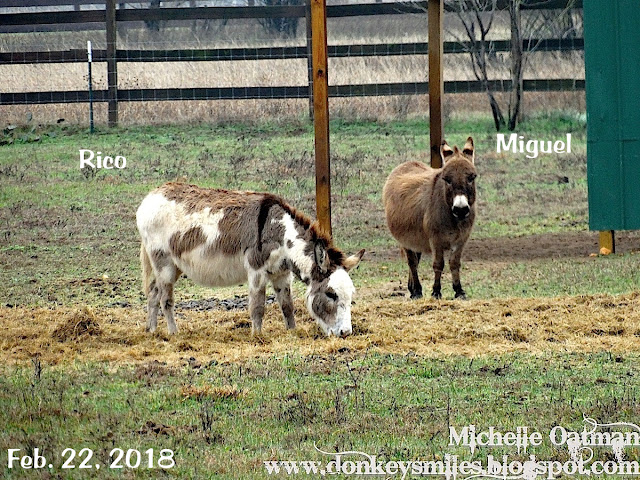 As you can see he doesn't miss too many meals... "HE" looks pregnant he is so fat! LOL I tell him it is just an optical illusion due to his legs being so short it makes him look heavier... Sounds good right?

Love this one of Miss Annie - who BTW has become a bit of a spoiled brat! 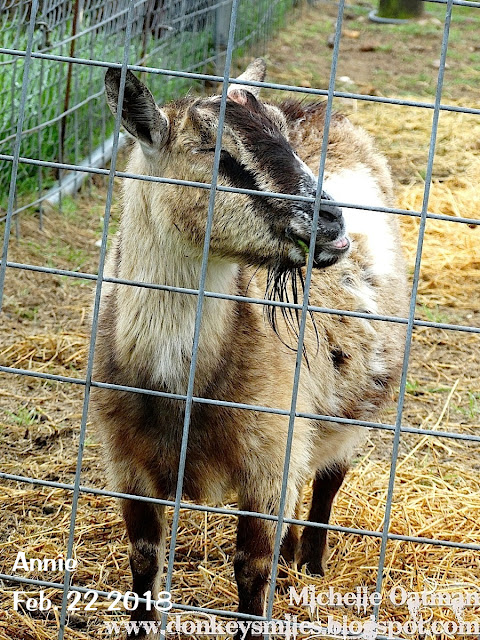 She was at the fence in our back yard begging for a bit more alfalfa... now she hadn't actually finished breakfast serving yet, but since we are here maybe she could get another serving? She looks a bit like a she is making a silly grin with her eyes closed begging... Sweet but Spoiled!

Now Hubby doesn't know I snapped this one. This is my view each evening. Hubby reading his IPad in his recliner while Gato is getting comfortable in his lap. She plants herself in his lap each evening and doesn't move until made to move. 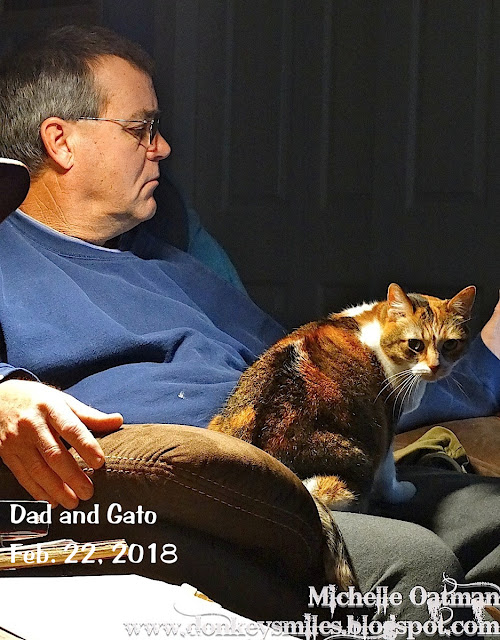 Love the look on her face... you better not ask him to go do something! I am here and getting ready to settle in for the evening!

I hope you have a wonderfully blessed weekend! Plan some furry or feathered time! Its good for your health and happiness!

It is beginning to thaw here. Some wet days but welcome in any form but FROZEN. Love how Gato is such a lap cat. I miss mine. Even in the rain the boys all look so content. Hugs to all.

Love me some Teddy pics! So now I can say my short legs are why I look umm you know ;)

it has been a mess here the past week too! I have too much pain when it gets cold and wet so I am always happy to see it go. Love all the pictures of the fur babies this week. For some reason I am having trouble getting emails from Google/GMAIL recently and have missed a couple weeks of seeing them. Hope you warm up and have a good week. Vickie