Hubby and I were out really early one morning - the Three Stooges were blocking our path out the backyard. As if they were going to be forgotten in the line for breakfast. Uh yeah right. While "Dad" went and got their breakfast hay, I stood and rubbed some ears and noses. Everyone was being so calm and sweet - maybe it was just to make sure they got their grub, but didn't matter I wanted lovings. LOL

They were so beautiful in the morning light, and so sweet - so portraits were a must right? 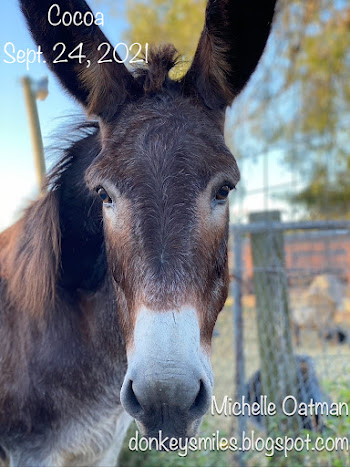 Cocoa is really the one... she is the one that only lets you love on her when she is in the mood. Other than that she will walk off. But she got ear rubs, nose rubs and kisses and lots of rear end scratching. She has started to show her age and the gray hair is coming in. I told her that was fine mine was showing as well.

Her son Valentine. He normally will always let me love on him... unless his Mom is walking off... 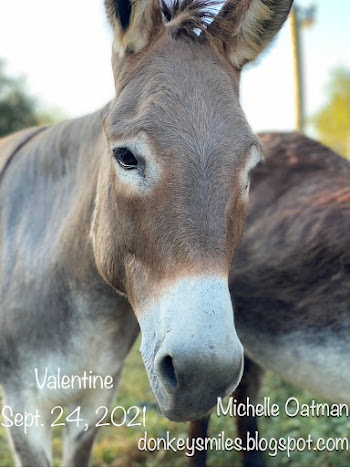 You can't get left behind. He is such a baby... even though he too is getting older.

And then there is Ted E. Bear - our official greeter - 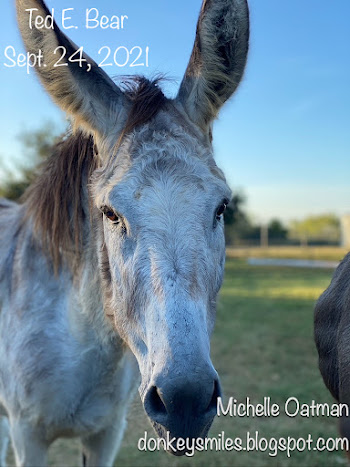 There is never a moment where he questions attention. Heck he will cross the property just to say hello and get an ear rub. Love my stooges ... they are so wonderful.
Now last week we said goodbye to Gato - it has been rough. I keep looking for her, waking up in the night freaking out because she isn't there next to me. And watching TV.. oh man she is suppose to be in my lap - Nothing will fill that hole in my heart - she was so very special.
We questioned why Tuxedo the feral cat outside had her four baby kittens on our back porch. I mean really we have never been able to touch her - and she had them steps right out our back door on the porch. I can't tell you how many people have told me that they were put there as a blessing from God to help us smile and love on them. Now Mom Tuxedo is like lightning off the porch when we come out - as is her first son Shadow. But these four... well we have been playing with them, holding them and well, smiling watching them play. They are so hysterical with their wrestling matches -
They have names now -
May I introduce you to "Porsche" 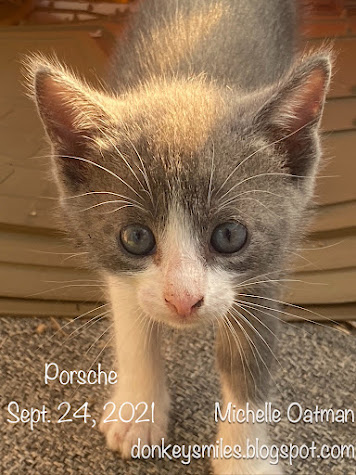 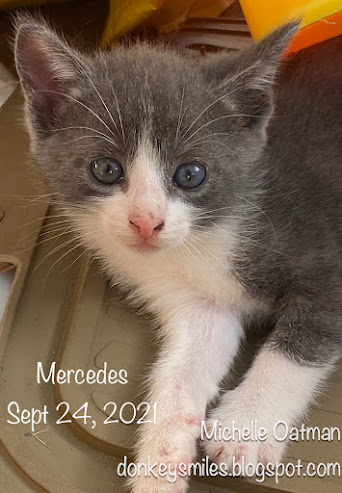 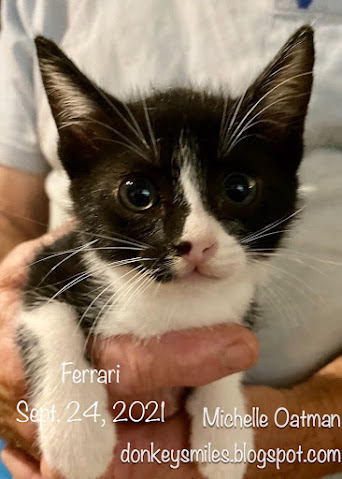 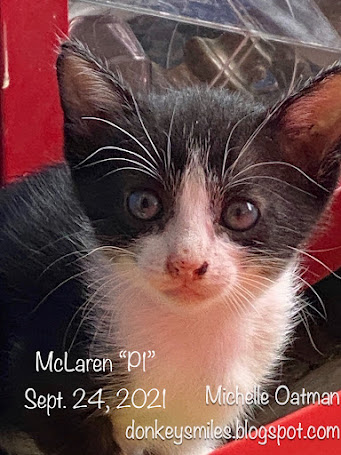 It just cracks me up - they move, jump, attack and play a million miles an hour and are too funny to watch. And then in a flash they are all passed out and asleep -

After I took these photos I went out with a wet paper towel and washed all their faces. I guess playing outside they are pretty close to the dirt and man their noses and faces were nasty. Each one after I washed and removed the dirty chunks from their eyes and noses sat and bathed themselves all over... Tuxedo may be a feral cat but she is a fabulous Momma and has been teaching them all they need to know! Well we are teaching them that we are safe and they can trust us. I think Tuxedo knows that too... oh and Shadow has actually let hubby touch him a couple of times.

I think Gato would have loved watching them too -

Hope you have a very blessed weekend - and please love on a furry friend. They need it and it is good for you as well!

such a sweet post about the new an old babies at your house. I think you are right the reason Tuxedo had the kittens there is cause she knows she would be safe and her babies cared for cause she could trust you!. I am glad that Shadow is letting you touch him now...don't give up hope Tuxedo will too! All our critters have chosen us and I am always wondering what they saw to do so. I always enjoy reading what you are up to!

Baby Kittens always melt my heart. So happy they are they to help fill the void Gato left.

Your kittens are sooo cute ♥ and so are all the other animals. But you know - babies are always special.