Howdy
Well I have shown you our outside kitty Tuxedo... and then her surprise Shadow. Well the last week or so Hubby and I have been talking that now she has fully weaned Shadow we need to get an appointment and trap them both and have them fixed. Not gunna be easy - they are calmer, but by no means can we just pick them up and take them in. So trapping is safest and best... plan in place I start calling to find out where we can take "ferrel" cats to be fixed. UH OH... guess what I found Wednesday morning behind a box on the back porch..... 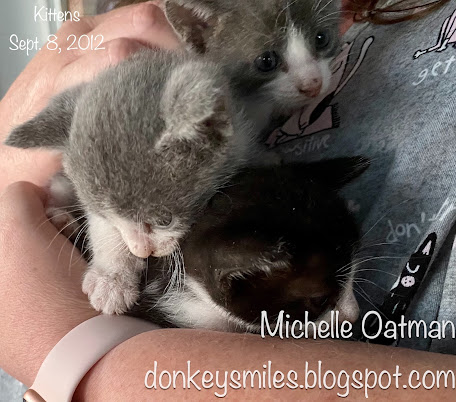 Tiny little kitties!! Eyes were just opened up and they were still shaky on their feet. We are guessing about 3 weeks old. Seriously! She never looked pregnant. She never was "missing". Ok... so Hubby said he saw another cat months back out by the barn once... but never up close to the house where Tuxedo is. But I guess she was out "partying" late in the night - we've haven't seen the suspected daddy cat again. Guess he "dated" Tuxedo and has taken off again. Not sure where, we are a long way from neighbors, but he found her. And we have FOUR little proofs of their late night dates!
Hubby was so upset and talked so tough when I called to tell him what I had found - I know my Husband. He came up the to the back porch and got down to look under the bench and behind the box where Tuxedo had been hiding her little babies... He melted... His cute talk came out and he was in love. Hubby loves cats.. especially kittens. Then he looked at me and said "This is it though!" LOL
I've called and got the dates when it will be ok to bring her in ... after these are weaned. But much sooner than we thought with Shadow. 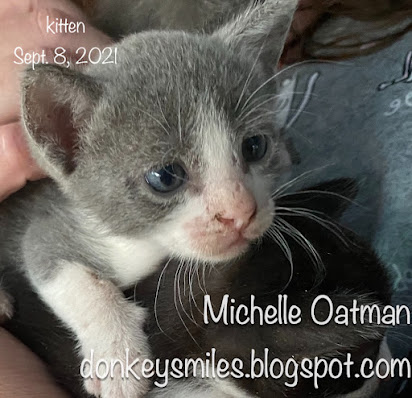 But really... they are cute aren't they? We have been picking them up and getting them use to "human" attention so they won't be considered "ferrel" cats and more like pets. So far Tuxedo has been ok with us playing with them. Well as long as she isn't on porch and even more ok with it when she has been given her canned dinner out in the yard.
Yesterday I went out in the fabulous cooler morning and went to visit Big Al in his big boy grown up pen. 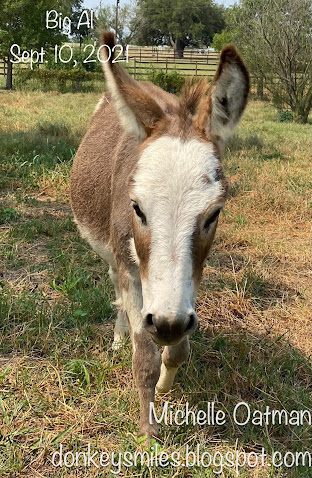 He loves the big pen, especially when he can trot and follow the standard donkeys as they walk down the side of the pen. He does like to talk to Black Jack and give him a little ha ha I got the big boy pen now! 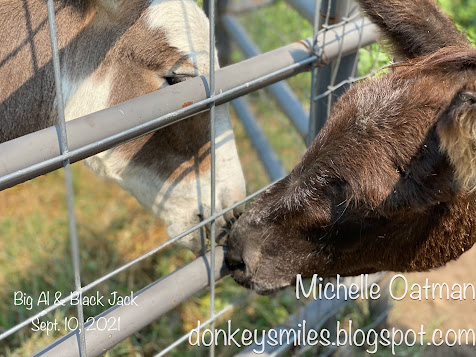 Black Jack is doing much better now in the smaller pen and his regular "old man" feed twice a day. He is old. So he needs that special attention and extra lovings.
And then I hear AJ ... he is flirting with the ladies - 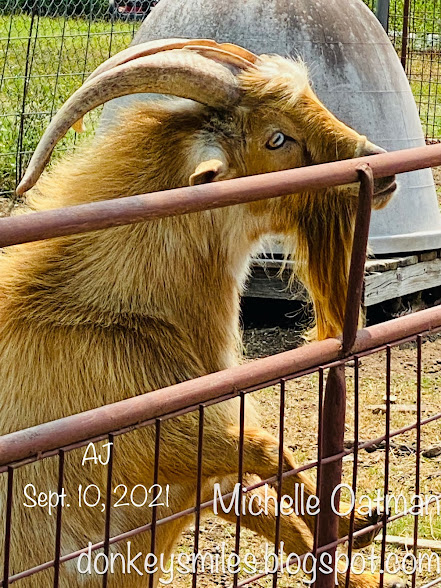 A looker like that is a bit of a ladies man... he was trying so hard to get them to pay attention to him. Sorry AJ as long as there is still Alfalfa on the ground they aren't interested. ha!
Found the girls all chilling in a shady spot in their coop - Looked as if they had made a big dent in their breakfast scratch and were settling in for a late morning nap - 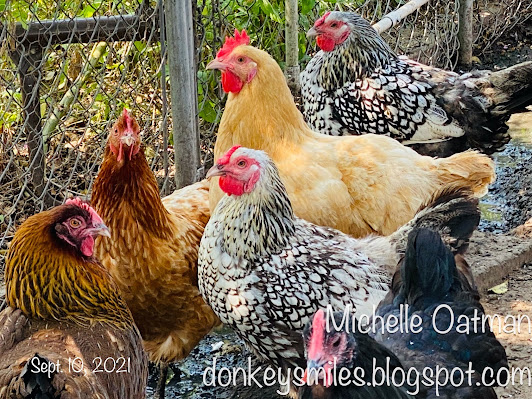 A few of the girls are getting old, so we really need to make sure and get some chicks this fall so we don't loose getting eggs first of next year. Already been fighting some creature that has been taking them this summer... but I think that is maybe done. I hope..
This girl wanted a solo super model shot .. 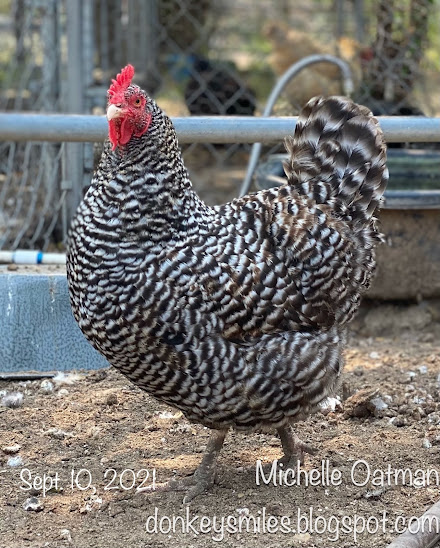 With a figure like that and her looks do you blame her? She is a beautiful chicken ... and a good egg layer!
Hope you got a smile this week - And anyone need a kitten? LOL
Have a blessed weekend -
HUGS and -

Oh, I LOVE cats! I have four furry kids at home.
Hugs,
Martina

LOL, Babies!! My husband claims he is not a cat person, but can not resist kittens. Oh Well. They sure are cute. <3
AJ is a handsome gut. The chickens are so pretty.
Have a nice weekend.

Awww cute little kitties ♥. But of course all your other fur children are cute, too :).

too sweet! Your hubby has a soft spot for all thing big or small that needs hep. I remember him bringing that load of cats home from work so when I read the first part I thought utohhhhh. Michelle has more kittens. AJ needs to learn a girl has priorities! I love reading about the critters! I mostly don't post but they are so fun to follow...Vickie

What a busy time you have been having. New babies,old babies plus chooks who are beautiful.
It’s a wonder you get any work done.
Thanks for the photos.
Hilda