A little flirting in the air - Went out in a crisp cool afternoon and found that the girls were out behind Sergio's pen doing a bit of "flirting". Or was it Sergio doing the flirting towards the girls? 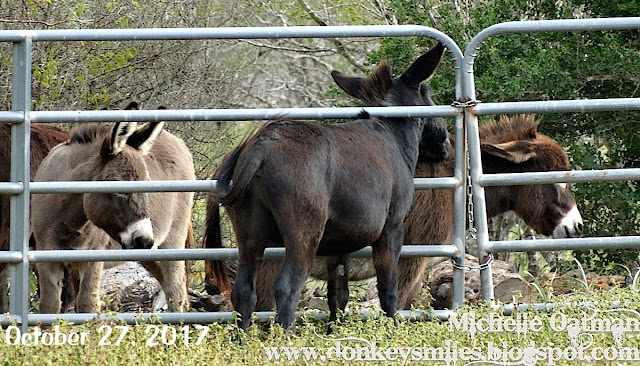 Ok, its Sergio doing more of the flirting... 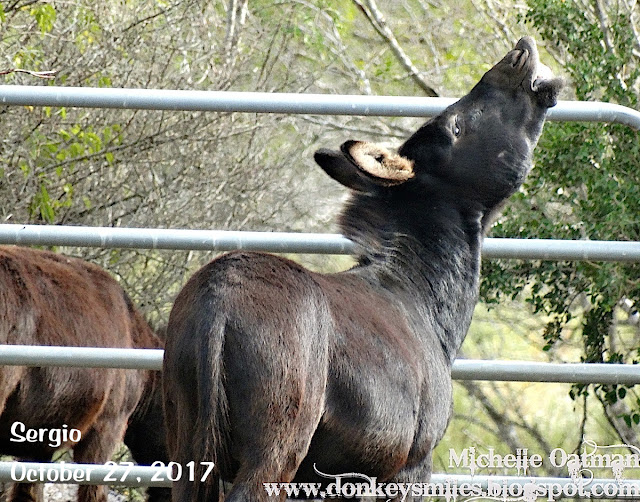 But with such a handsome man isn't he? And with those lips and perfect teeth that is some great flirting there!! LOL

Ok, Jorge wasn't very happy about not being able to do some close up and personal flirting... 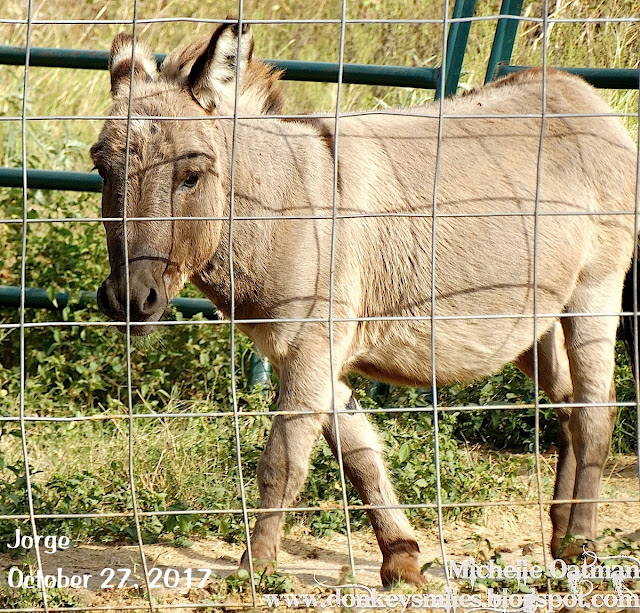 He knows he is a handsome guy too... but well... he is a bit more forceful and not easy to be around when he is closer to the girls. So his pen is now a little ways from being able to reach out and touch the girls.

Do you think these girls are "talking" about Jorge and the fact that he has been put "out of reach"... hopefully they aren't making fun of him. Oh what am I saying.. it is three young girls chatting... of course they are gossiping! 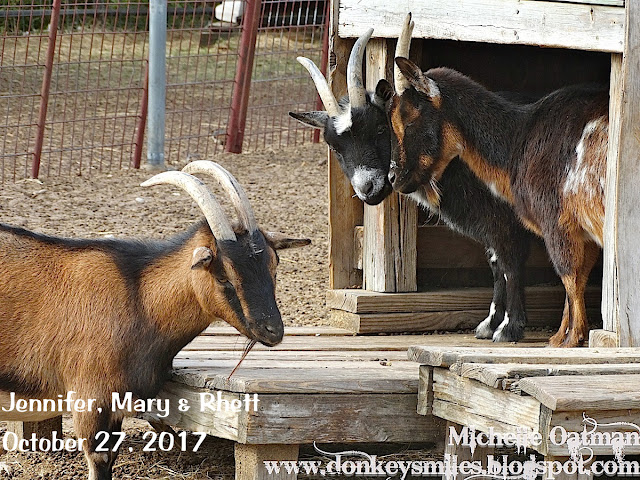 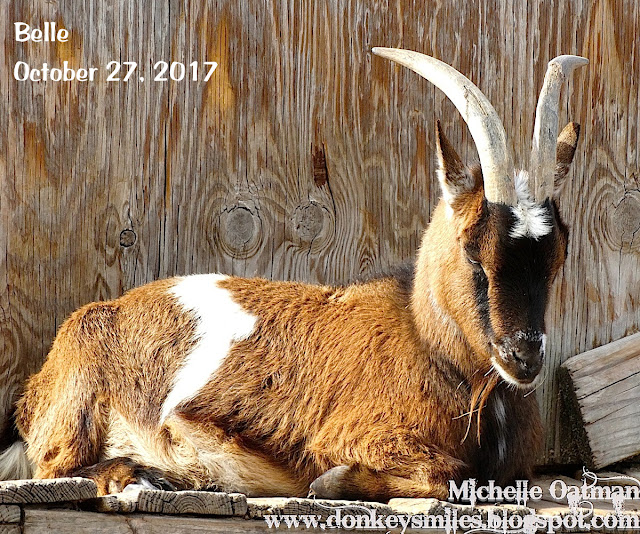 She does have a regal look here doesn't she? Is it that head tilted? Those long gorgeous horns? She just has the attitude to pull it all off! 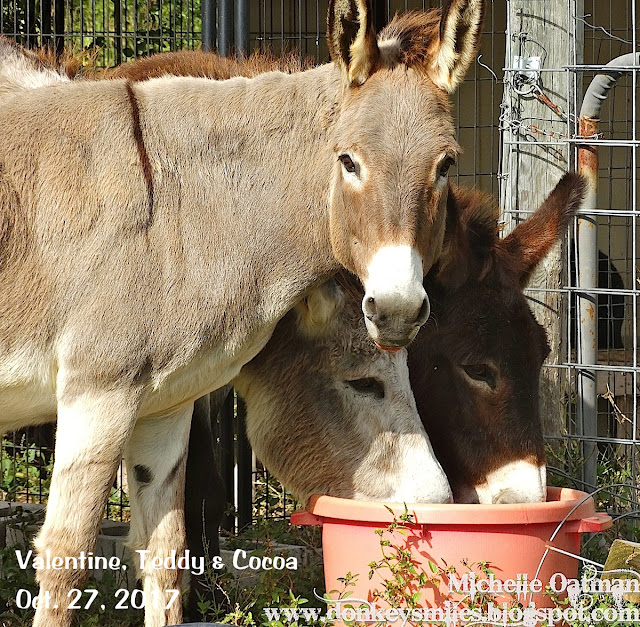 I have never understood why they can't wait and drink one at a time, but nope, the three standards all have to attack the water bucket at once. Well it was all at once but Valentine heard me coming and had to look up and pose for me. My kids know me and my camera... pose, stand really still, and smile! ok, that is what I ask for, those that take photos of "kids" - human or furry... you know they don't do as planned. But sometimes it just works out for a great photo. Just be ready to snap at that very second!

Hope you have wonderful plans for the weekend. Time with family and or friends - and Hug a furry friend
HUGS and-

The boys and girls look as though they are enjoying their flirting. They are all gorgeous.

Looks like a wonderful day there. Everyone looking relaxed and happy. See you next week.

Looks like its a fine time to be a girl donkey on the farm ;-) Got your choice of handsome young men to choose from!!! Great pics as always!