Animal Crackers - It's all about Domino!!

This week it is all about Domino! I told you earlier in the week we finally have a bouncing baby here. Sweet Pea last weekend gave birth to an absolutely adorable little boy - We named him Domino.... 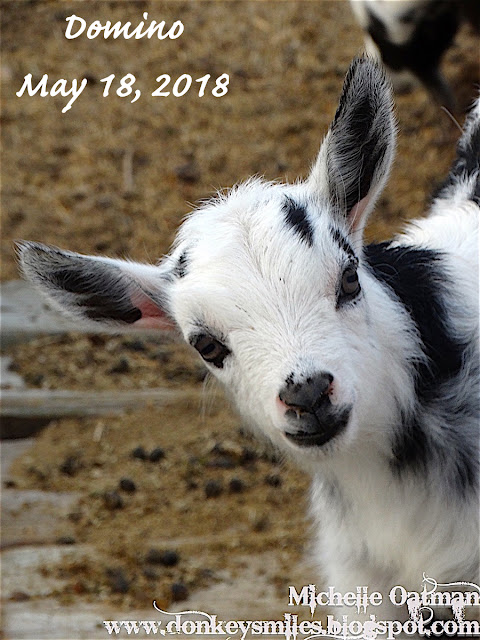 This little guy has seriously stolen our hearts! Now we play a little bit of the chase game sometimes to pick him up.. he loves to run! But once we have him he snuggles, chews on your shirt and loves to be scratched on.

He is very handsome~ 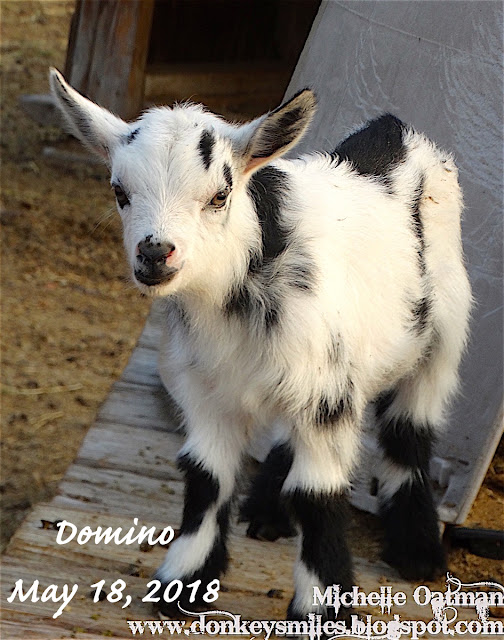 Right now his favorite thing is the raised platform... took him a couple of days to get the jump to actually get on it, but now he is the master! The coolest thing is that it make thumping noises when you bounce on it. Not like that quiet dirt.

I took about 60 photos while out taking these yesterday... many look like this ... 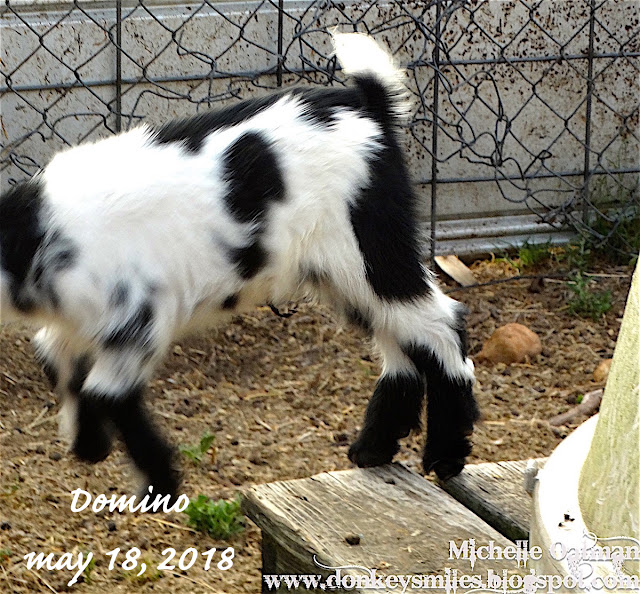 So thankful for digital cameras! 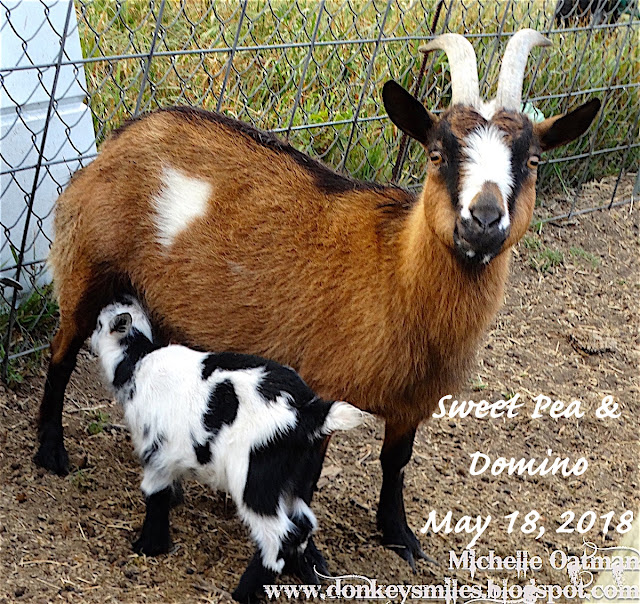 Milk break! A minute or two of nutrients and we are ready to go again! Sweet Pea is a wonderful Mom. So proud of her. She had a text book birth, cleaned him up and has been taking care of him fabulously. Now I have seen she is having a bit of a hard time "controlling" him. He doesn't seem to mind very well when she tells him something. I told her that is just little boys... it isn't a reflection on her at all. Right?

He talks a bit - and oh my that little noise makes you just melt! 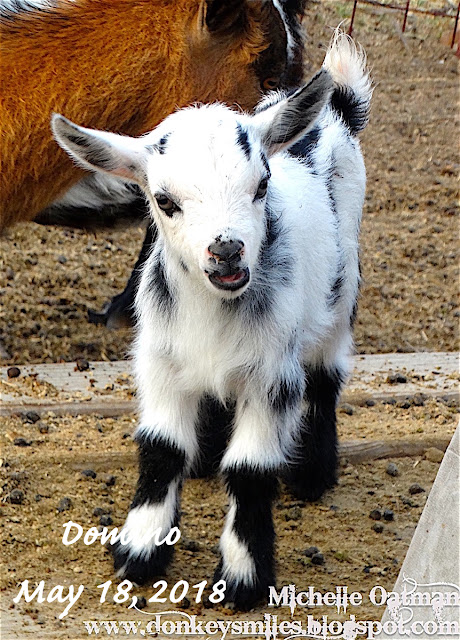 I think he will grow in a bit of Peso's grey areas as he gets older. He has a bit on his chest, his ears and on the side of his face. 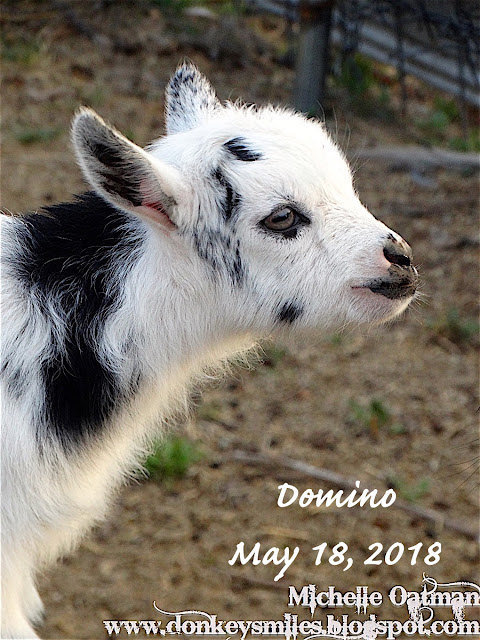 Ok there's not a not cute side! I was out the other morning and even called Hubby to tell him how cute he is when he stops to tinkle.. I know I am a total dork. Just been so long since I had a baby to bounce around! And this one is going to be spoiled rotten. He will keep me occupied until we have a few more... then they all will be spoiled! Hubby has "decided" that we are going to probably "fix" Domino when he is old enough and that way he can stay as a pet. (insert big softy heart here) Love him! But then again Hubby wants to keep all the babies. :0)

Update - got a call that Gabby and Sonia are doing well at their new home. Loving the grass and getting lots of carrots and lovin' - Missing them terribly, but happy they have a family that is going to spoil them.

Hope you got a little happiness and a smile today - I think I will go out and do more loving while it is still not so hot out... Once it gets hot (been 98 here this week) Domino heads into the hut and doesn't come out much until it cools down in the evening. Me too..

What a beautiful baby boy! So cute and I bet cuddly at this stage! Glad to hear Gabby and Sonia are settling in and are happy in their new home!

Oh my gosh, he is the cutest little baby boy. I would love to hug on him too.

OMG... I missed the post on Domino's birth. He is STINKING ADORABLE. Mamma is a real pretty lady. I could never part with any of them. (I so understand why your sweet DH Wants them to stay too.) Can't wait to see more babies soon. <3

Domino is just gorgeous.I would never get any work done as I would be sitting watching him all the time. Just love him.