One evening this week Hubby and I picked up some square bales on the way home. Decided on the way in to take a few minutes and feed the boys a bale. They were very happy... and not interested in any head scratches. Should have done that before Hubby threw he hay over the fence. Food is always priority one! 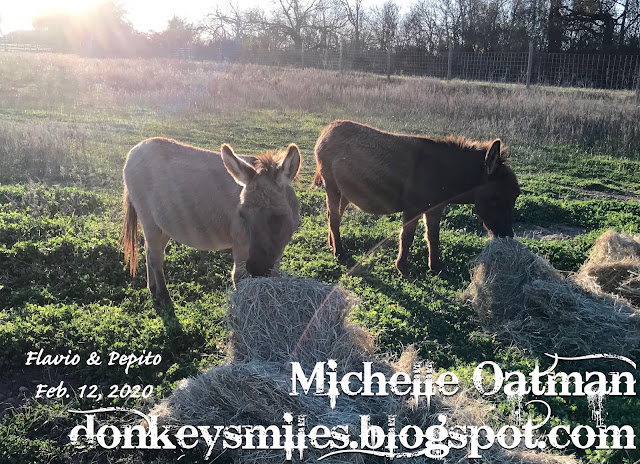 Flavio and Pepito were first there. Yum Yum... 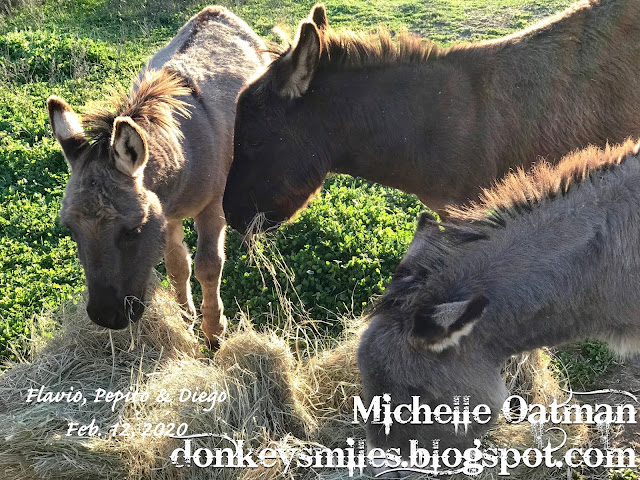 Diego joined in as soon as he could. He has been pampering a stone bruise on his front foot so he is a little slower... but it was food so he hurried best he could. Glad he is starting to heal now though, hate seeing any of my babies hurting.

He is a such a sweetie. 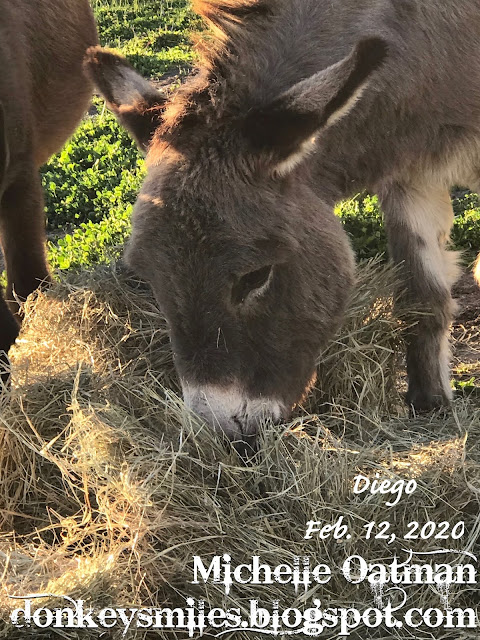 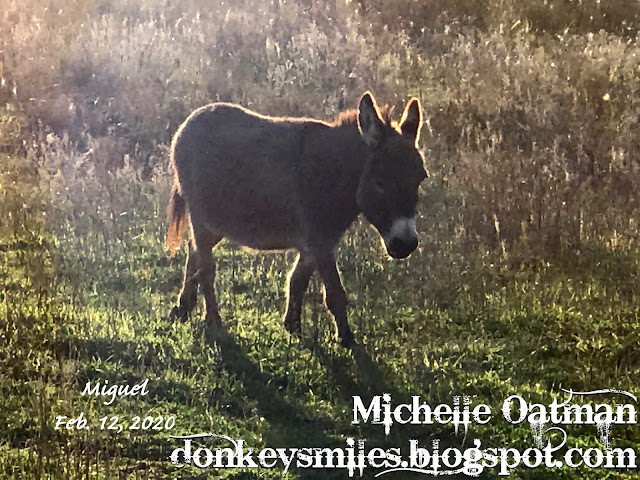 He is handsome with the sun setting behind him isn't he?

Raffie was waiting patiently for his fresh hay as we were driving in. 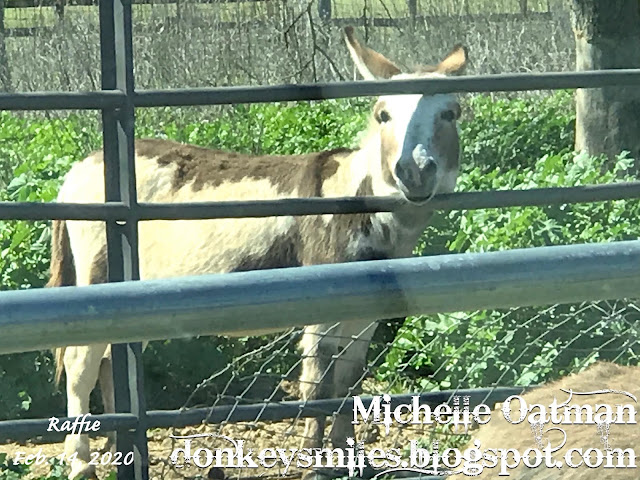 Love how he is resting his head on the fence. Such a good looking man.

Then I looked into the side mirror.... 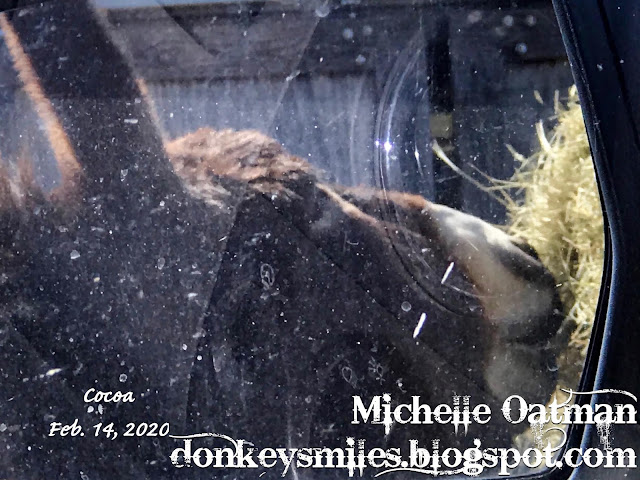 As Hubby was getting out to start unloading the hay in my side Mirror I saw Cocoa... sneaking bites before "Dad" got it all into the barn. She thought she was being so sneaky... Dad would have let her take a few bites no just cuz he spoils her anyway. (sorry the mirror was so dirty, but it was a cute photo)

Yesterday, Valentine's Day,  was Hubby's birthday and our 33 Wedding Anniversary... wow can't believe it has been 33 years. Love you Babe... Here is to 33 more!

Have a blessed weekend!

Love the rearview mirror photo. I know how hard it is to wait for something yummy Cocoa ;) Happy Anniversary and Birthday to your DH. Wishing you both many more.

Happy Anniversary to you both, and Happy Birthday to your husband.

Handsome boys! Cocoas picture is awesome dirty mirror or not! Congrats on 33 years. On April 5 it will be 45 for us. Can't believe how fast time goes!

Wow, y'all have a lot to celebrate on just 1 day!!! Kinda makes it easy for him to remember though! Gotta say, the pic of Cocoa made me truly laugh out loud! So funny!!! Congrats on all the special occasions and thanks for sharing pics every week!

Happy Anniversary and Happy Birthday Hubby.
All your babies are beautiful.
I would never get any work done.
Would be too busy just looking at them.