This last week has been really beautiful. Hubby came in and asked for my camera and went out the back pasture... I have learned to just hand it and don't ask. These were surprise photos though! Most of the time it is Bugs or Snakes.... so seeing my Ladies enjoying the pretty weather was wonderful. 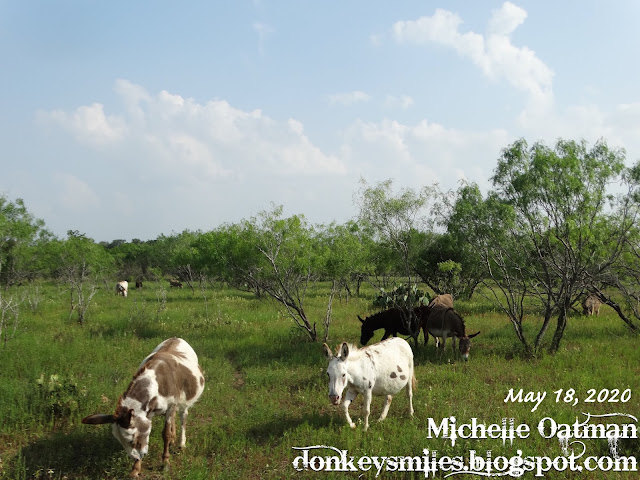 Isn't it just gorgeous? They were spread out and enjoying it. All though I think I still would have chosen to join Lacey and Fancy Pants in the the little shade they found. 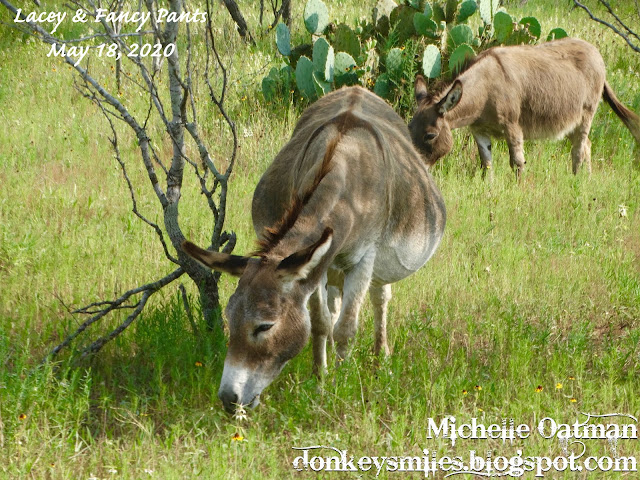 Since this photo we have moved Lacey into the Momma Pen. Her bag is pretty full and looks like she is getting close. And we have some pretty good storms coming for the Memorial Day weekend... Lacey likes to have us out with her deliveries in the worst of weather... those long time followers you might remember Caliente... Yes I was in the barn with her middle of the day where it was 114 degrees. Caliente is Spanish for HOT.  So I told Hubby we need to be prepared to stand out in pouring rain possibly. 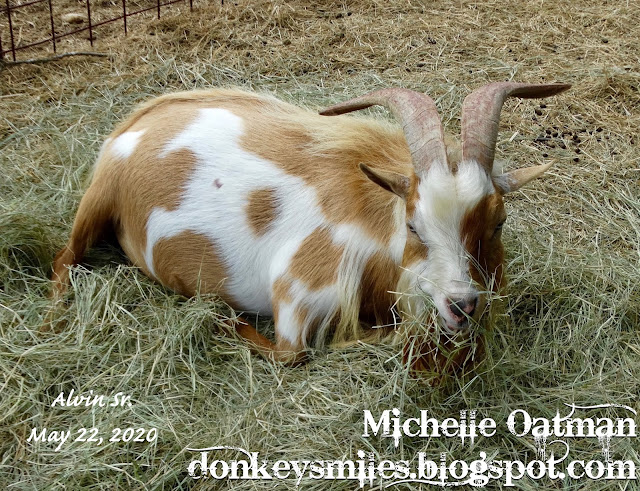 Alvin Sr. has started a new habit. He likes to pull out and spread out his breakfast hay, of course under the tree ... and lay down and have his breakfast as his bed. He just lays there and chows down in total comfort... bad habit, but I guess I might think of it too...

Now to work... Hubby has a friend. I know shock... but he has a friend that is helping out by helping him clear some of the pastures of the Huisache, and Mesquite Trees. They take over if you let them get out of control. Then the donkeys don't get enough for grazing. 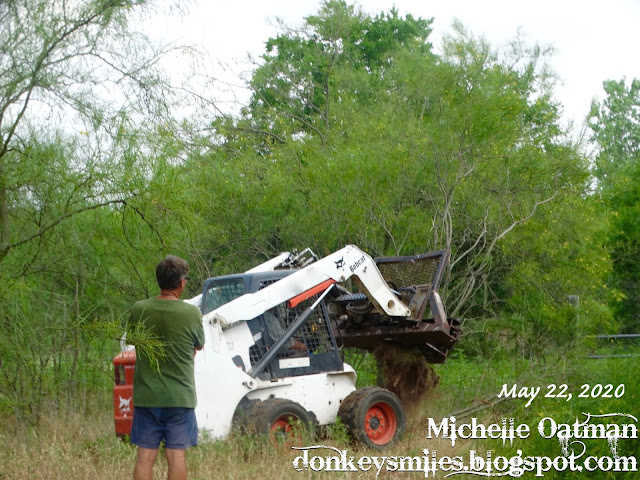 In the past Hubby has had to manually remove them. I am sure you can imagine that is ALOT of labor! Especially to get them out roots and all so they don't grow right back. Well this wonderful friend has a Bobcat, and even cooler is he has this awesome tool that hooks to the front that clamps down on the tree then pulls them out roots and all in seconds! As you can see Hubby is standing in amazement watching this system work so fast! This is Black Jack's pen, we are leaving a couple of the larger trees for some added shade, but all the smaller ones are gone! Next plan is to move to the back pasture and clear large areas for Hubby to put in more coastal for grazing.

Now while out watching this I was in the Momma pen, and of course I had to do lots of loving on the two girls.

Hanna has gotten so big and is a love... well when she isn't trying to nibble you! We are still working on that naughty habit. 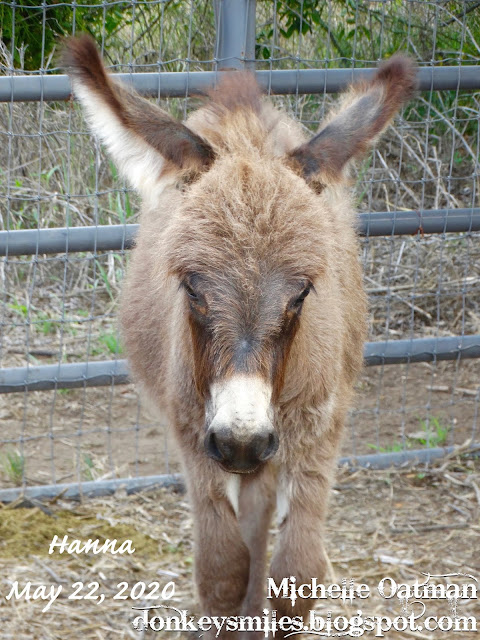 Then Miss Josie headed to me.. now Hubby would say she doesn't bite yet... but Man this girl loves me! She gave me a perfect bite when I wasn't looking... 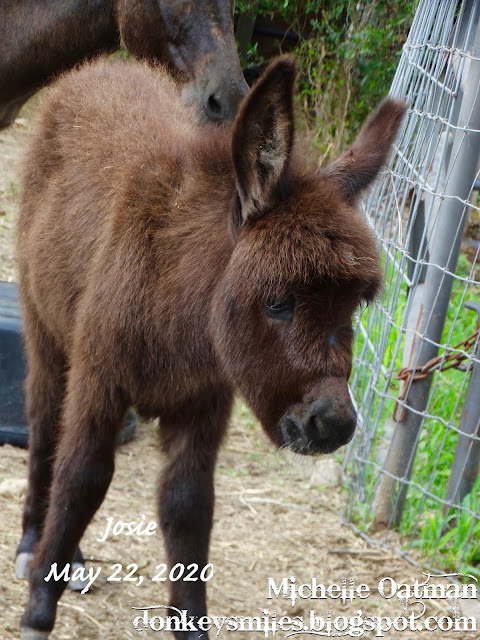 I will say they were all really interested in what was going on in Black Jack's pen. That was just too much going on and those big trees moving around was pretty cool. All though they were hoping that the trees were coming to them to snack on. LOL

Hopefully a new baby is coming soon! Better Lacey is about done carrying the weight as it gets hotter!

Hope you all have a wonderfully blessed and safe weekend!
HUGS and

OH My Lacey looks uncomfortably ready for delivery. I hope she is nicer about having the little one at a good hour and good weather! Can't wait to see the baby.
Those bobcats sure helps make light work of some chores, especially tree removal.
Have a Great Memorial Day weekend.

Hanna and Josie are such precious babies. Sure must be fun to love on them. I wouldn't get anything else done.