Animal Crackers - Flirting with the Boys

So I went out early yesterday morning to snap a few photos... it was nice outside and the forecast for the afternoon would be the temperature of the sun... so everyone would be in hiding deep in the shade. But as soon as I went out the back door all I could hear was Alvin... snorting, grunting and banging on the fence... you know.. FLIRTING! 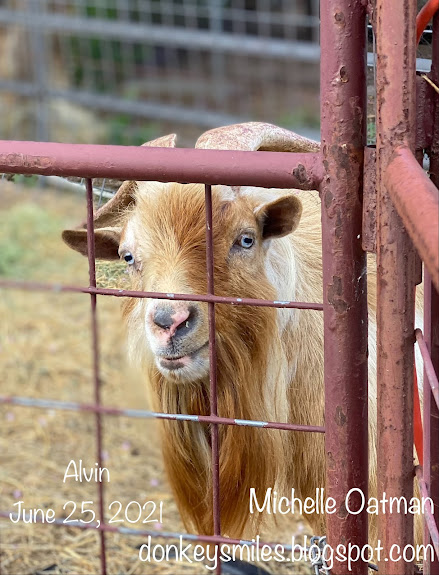 A couple of the girls are in season and Alvin is strutting and showing off to impress them. LOL Now he is absolutely adorable here in this photo... but seriously you need to be thrilled this photo does not have smell-o-vision with it! WOW stinky! Its a man goat thing... LOL
Then I heard Peso... same sort of noises... same "desires" 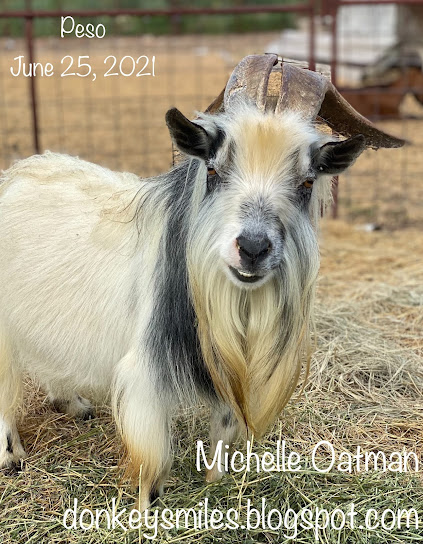 And yes... same smell! Even though he sticks he is still smiling though! That smell is pride to them I think.. WOW did I say stinky??
Sergio was making his way to me. My baby. 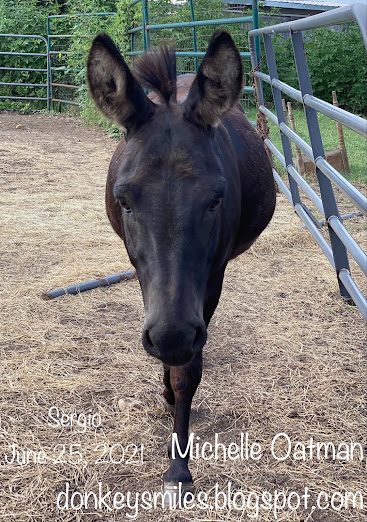 He is such a sweet boy, and he loves his momma. After his Mom died when he was only 10 days old, I became his Mom and we spent LOTS of time together. I have such a hard time getting photos of him because he is so fast to be right up on me wanting his top of the nose kisses and ear scratches.
Jorge was feeling a bit jealous and he is extremely hard to capture photos of. But his is more of a right at you and then turning around so you can scratch the rear end! 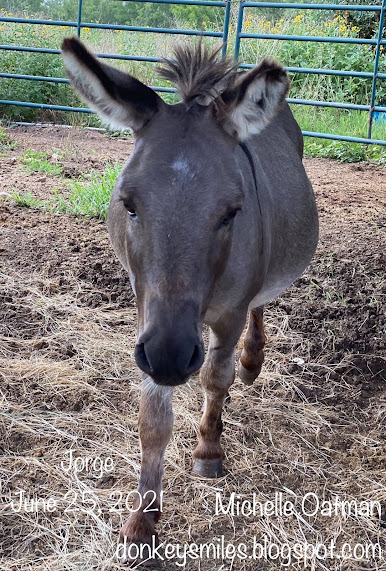 But I moved quick and got to the fence before him and had camera ready to snap just as I got there... A Front view without he fence between us! RARE shot! Whoo Hoo!
I then moved to another sweet little boy... but I had to ask him why is he sticking his tongue out at me??? 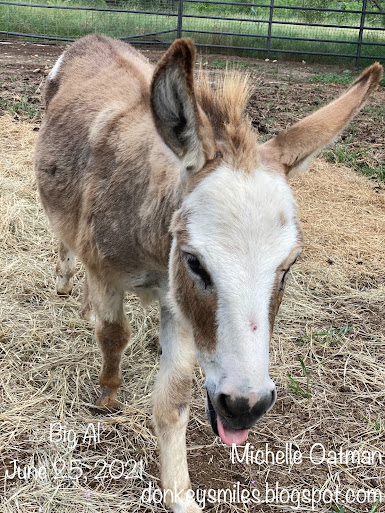 LOL... actually it is a normal thing when they leave the water bucket. They LOVE the early morning fresh cool water and I suppose sticking out their tongue makes it better? Not sure but they all do it!

This one is for Hubby... LOL 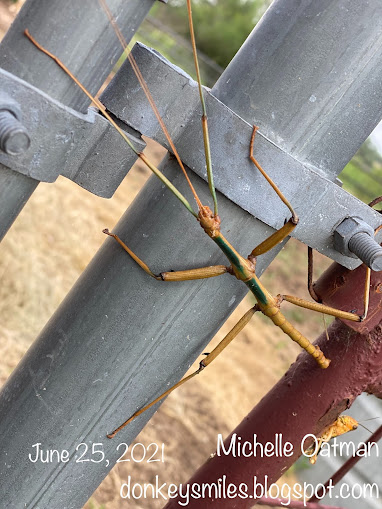 My guy is a superhero... man of steel. But his kryptonite and one of the things he HATES is walking sticks. I told this lucky "stick" that he was better be glad it was me and that he should move on cuz if Hubby sees him I can't guarantee he is safe. HA! They are odd.. but they can't help that can they? I was shocked at how fast he moved after I snapped the photo... for a stick they book it!

Hope you enjoyed today - a day with my guys, and the smiles for you, and we hope you have a smile too!

I am happy you found Mr. Walking Stick 1st too! They are pretty cool insects. And eat lots of bugs that can damage your garden. So they are good guys!
Uh, I will take your word for it and be glad we do not have Smell-o-vision. Handsome Men though.

Your boys are all gorgeous. Who cares about the smell. The girls must like it.
Love stick insects. They are amazing.
Still cold here in Kangaroo Land.