Oh my after a couple of VERY stormy days earlier in the week, we have had a couple of absolutely gorgeous days! Perfect temp and sunny! So the "children" were out enjoying life. ok... many were snoozing which is what I wanted to do! Man I wish we had a hammock... but that is why we don't have a hammock. I would use it too much! 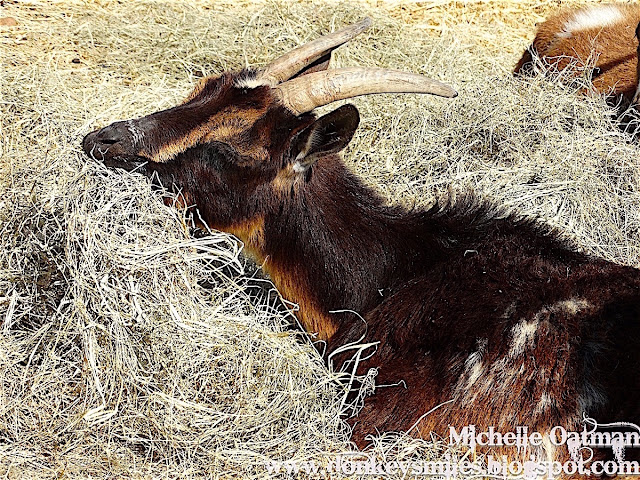 Rhett looks like she was sleeping in her breakfast. But actually she was chewing and pulling bites of hay - maybe she is sleep eating? I think she was just really enjoying the day -

Crissy was on top of the largest hut loving the breeze and just chillin' - Such a pretty lady. 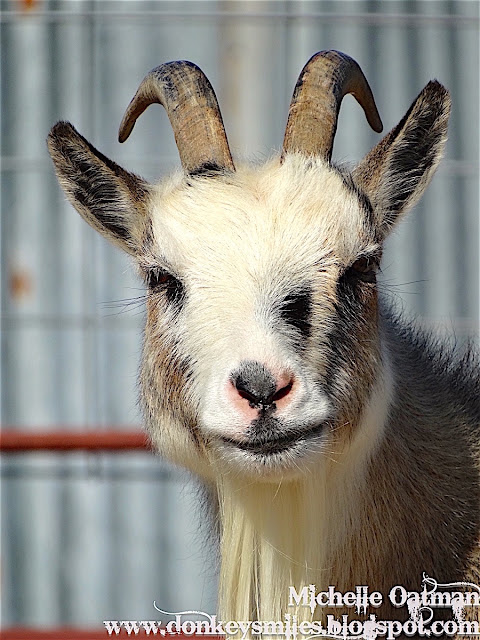 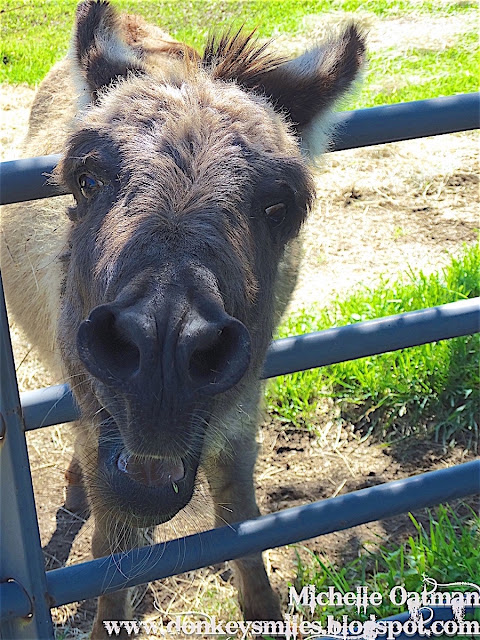 Me MOM! ME! Attention Attention NOW! As soon as I snapped the photo and reached out for him, just like his Dad Black Jack... He pulled his head back and turned around. Hiney scratches! Such a funny boy. And despite that he was a bit muddy from some wet dirt baths rolls, I did give him some much needed hiney scratches.

Its Fraidy Cat!
Out in the open! 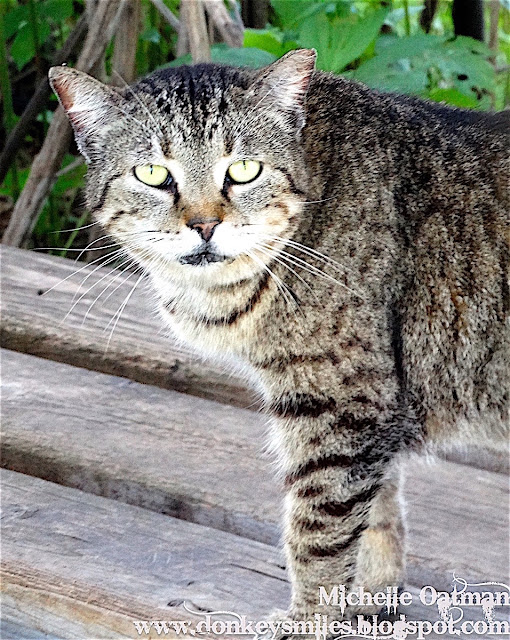 Ok.. he ran as soon I said how proud I was that he was out showing himself... but that few seconds was fabulous! Such a scrappy handsome man!

And then there is my baby... my Autie Boy 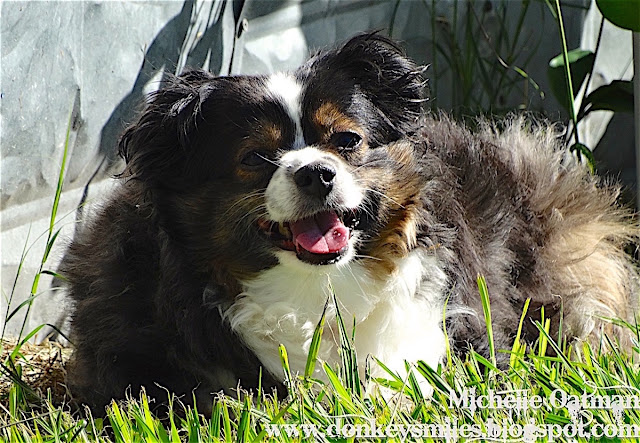 He too was out lounging and enjoying the sun and breeze! He got his first longer puppy cut a couple weeks ago... such a cutie pie! Once it warms up more he will get his shorter real puppy cut that just melts me. But here he was just right! Love that face!

And one more photo this week... Bad Bad Teddy! 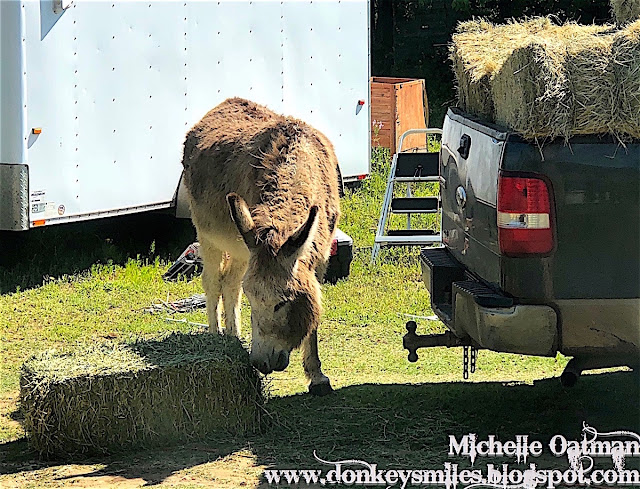 If you remember last week Ted wouldn't let us pull in as he was wanting a treat... well Hubby came in with a load of hay...FOR EVERYONE In the coming week.... And well MR. TED E. BEAR figured he would take a really large bale of Alfalfa and knock it off the truck for himself. Of course Hubby had to grab his camera and snap a photo before telling him bad donkey and taking it away from him. He is too cute to be upset with... silly boy. And he did get a couple of quick bites :0)

Happy Easter to all of you. Love the contented looks on all the critters.

Great pictures of your fur babies today! I love those goats and wish hubby would agree and let me get a couple...and 4 chickens! We live in town but the city put in a new law where we could have 2 pygmy goats and 4 chickens...I don't have a dog and I think that would be fun! Have a great weekend. Vickie