Animal Crackers - Queen of the Mountain?

I hope you aren't getting tired of seeing Miss Moxie laying in her Hay Bed. 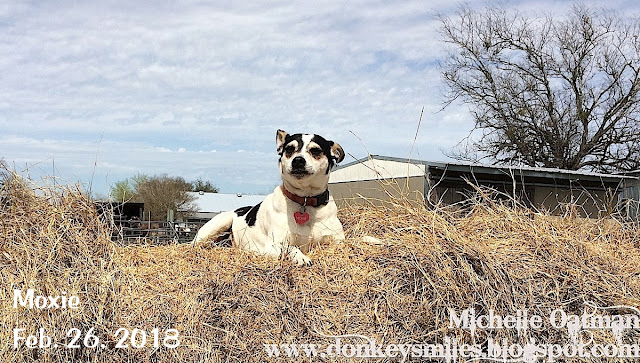 She is just sooo funny that she has started this sleeping in the hay... but this last week she had Hubby just cracking up. You see he was bringing in new Hay bales and had just unloaded a new bale for the girls in the back. He got off the tractor turned around and found her....

Yep up on the hay bale! 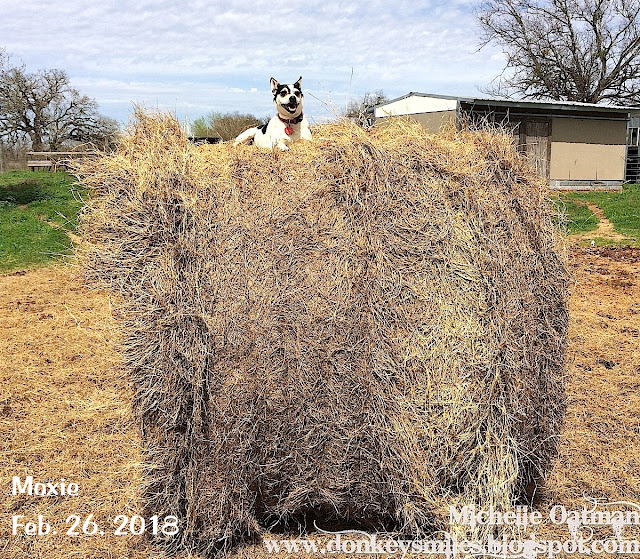 She was actually running around in circles on the hay bale, but when he pulled out his phone to snap a photo for me to see... she laid down and posed for him! I don't think she has spent much time since on this bale as the girl donkeys don't really like her near them. And since they rarely leave the bale, Moxie will be back up to the three standard donkeys bale I am sure. But man.. she is cute!

And since we said cute... 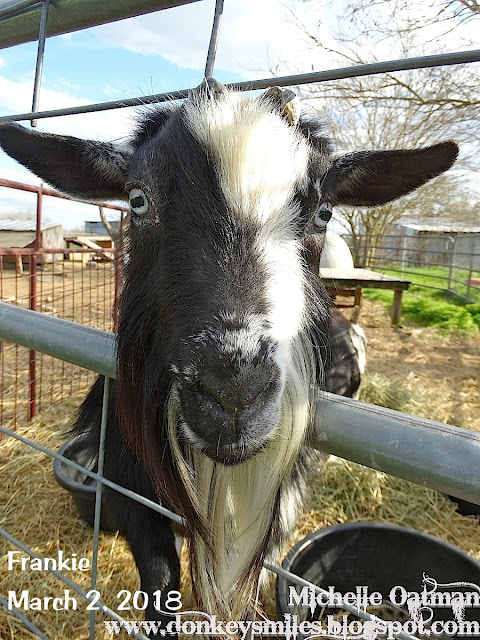 Frankie wanted to stick his head out and say hi. Now common that face just has to make you grin right? His official name is "Frank Sinatra" Any guesses why we named him that? Love this old man! We had a nice long chat and I scratched around all over his head. He loves the attention. 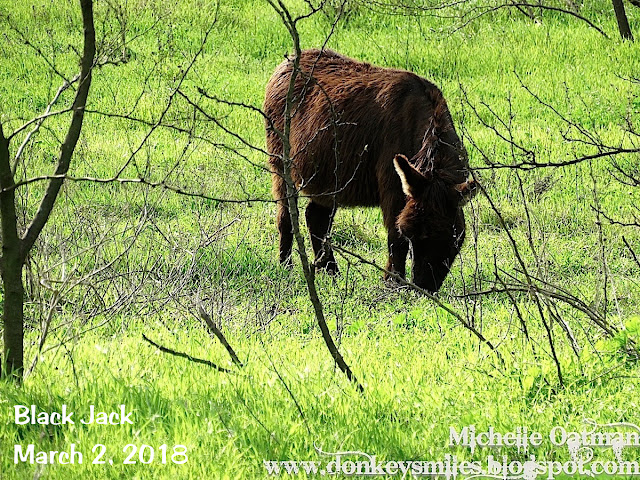 Sorry folks, couldn't get him to come and chat at all! Sun was out for a couple of days in a week and the grass has started growing like crazy... must be good grass!

A very nice friend gave us a few chickens last week. Lets just say she went a bit chicken crazy and had a few extra... She had one injured chicken with a bit of a bum leg. We took her to give her some time and see if she would heal up and walk ok. She is doing great! And she just happens to be gorgeous! 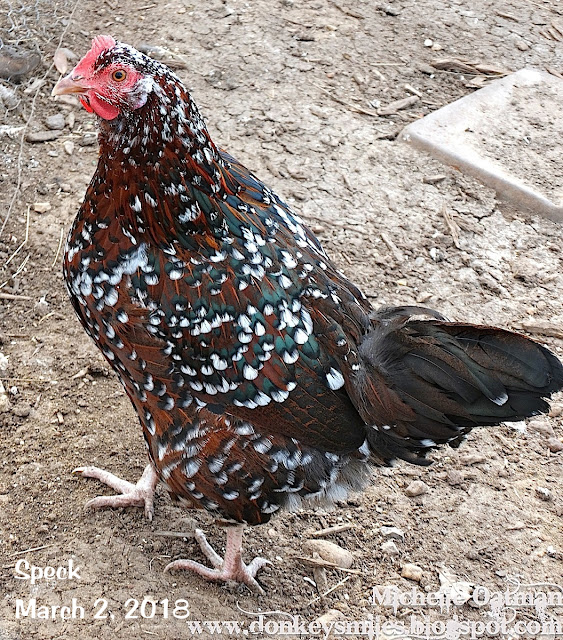 She is a Spotted Sussex I believe. Hubby has named her Speck. I was calling her Limpy, but he didn't like that. So Speck it is. Gorgeous isn't she? She is living in with Itsy in a quiet pen right now. They are getting along pretty good and it is nice and calm. Perfect for some healing time.

And how about just adorable to end up today? 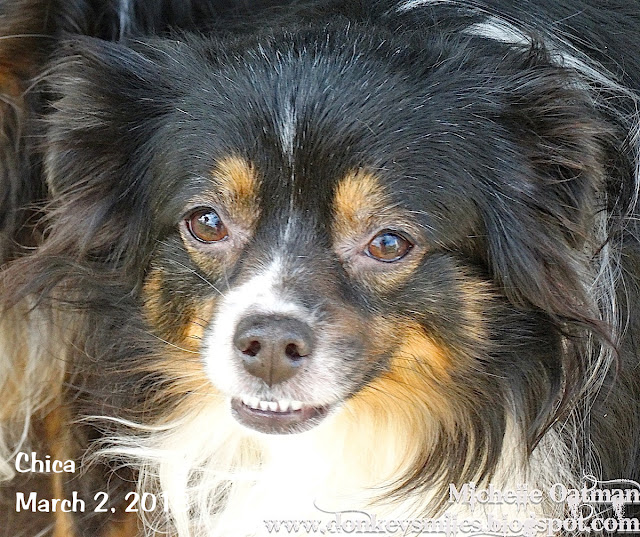 That face melts my heart. She is a bit of a nut of excitement, about 95% of the time. But that rare 5% she is a sweet girl. And always beautiful!

Hope you have a wonderful weekend planned. Hug someone furry or feathered!
HUGS and

How could anyone get fed up of seeing Miss Moxie

How on earth can tiny Moxie get up on the BIG bale! Silly dog. ;) Love the spotted Sussex hen. She is beautiful. I am sure she will be well soon under your care and attention. Black Jack and I are alike. Do not bother me when I am eating. LOL.