We were out feeding just before the sun went down... Crissy wanted to make sure that "Dad" knew she was out there and waiting for him. 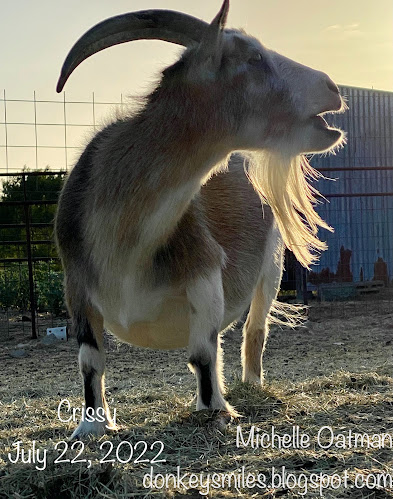 She has such a dainty voice - love this gal!  Wish we could have bred her again, but it just made me too nervous her first and only pregnancy didn't go well and ended in early still born twins. So healthy Crissy makes me happy.
Speaking of calling out.. I know this photo is a bit grainy but it was too funny to not share. They were on full speed running at us! 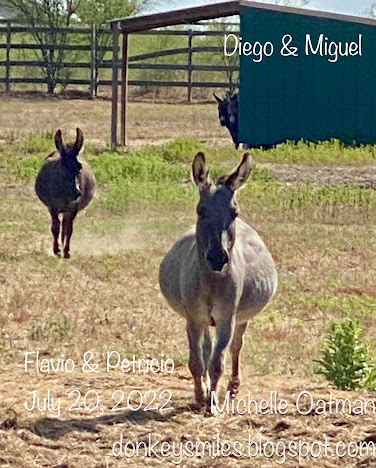 This was as we were driving up with a load of hay... Hubby was going to call out and tell them they were getting first bale off the truck. But no need... Flavio and Patricio were already on their way! Love how Diego and Miguel were hanging back waiting to make sure they were actually going to get some fresh hay. LOL No use in the effort to come out in the heat if there wasn't food in the end!
They were trying to be cool and wait for that first flake, but you could tell they were excited. Not like they didn't have the exact same hay the day before from that load. LOL 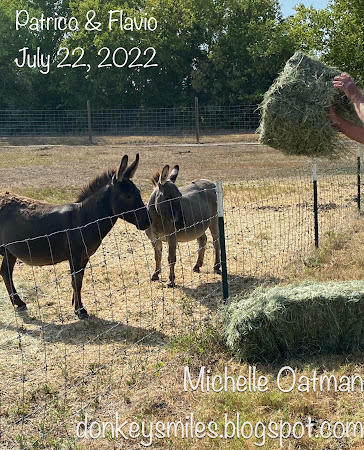 And then there was the Ladies pen... Not usually any running in this pen.. LOL But some quick trotting! 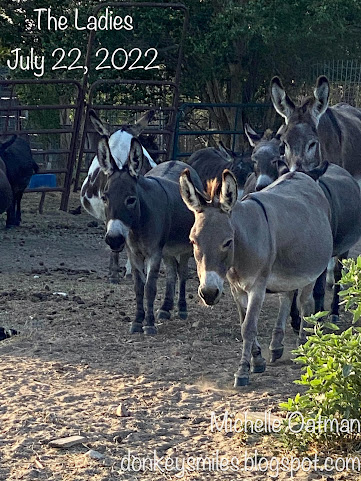 Ok a couple were trotting.. the rest a slow walking pace is about all they have. But with fresh hay its always worth a little extra.

Jackie was being sweet and calm waiting for her dinner.. Posing pretty too. 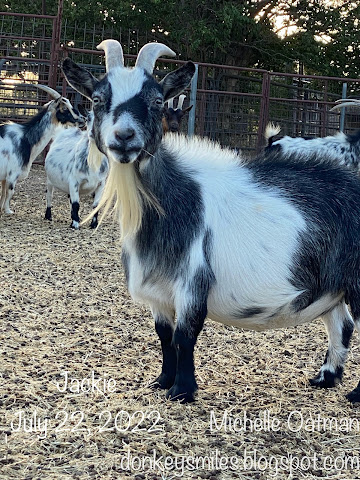 While Old Lady Lucy was cleaning up what was blowing around ... now mind you there was still a little bit from breakfast left, but that wasn't the new stuff! 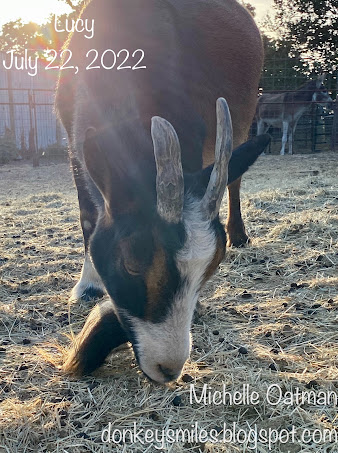 I was out filling the water buckets and normally the donkeys just do not pay any attention and stay busy eating or just want some ear scratching... Lacey and Victoria were just being pest! I though fine I'll squirt some water on you that will move you back. Nope! It felt really good then I had another problem - they both wanted showers and wouldn't let me get past them to finish the watering! 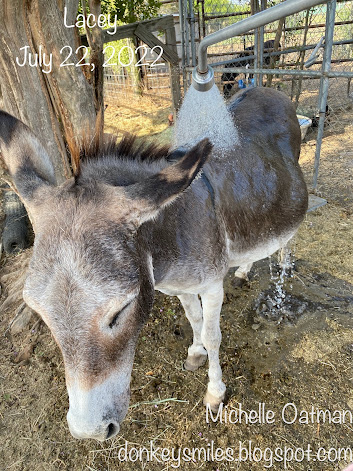 Can't blame them the water wasn't cold by any means but it did feel nice in the humid heat!

Hope you are out of the heat and staying cool!

A shower would be refreshing in hot weather. Lucky donkeys to have you provide one. Crazy warm and humid here too. Try to stay cool.