Out early yesterday morning as breakfast was being served. Was actually really nice outside for a change. But I knew that it was going to heat up quick so early had to be the plan! Valentine and Ted were finishing off their breakfast - Got some great close up photos of each of them. This view really makes Valentine look SO MUCH skinnier than he is in real life! LOL ... Photos of me never work out skinnier! Darn. 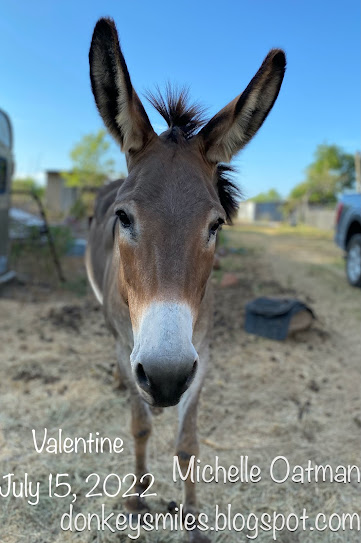 Even Ted looks skinny - He sure is getting gray... and spotted! Not sure why he is getting so spotted in his "mature" age. Didn't want to say old.. LOL  Such a love! 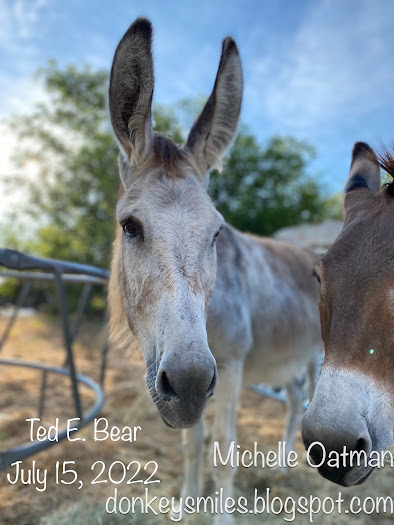 Now here is a RARE photo! Caught Jorge off guard and he wasn't plastered against the fence! Now he was running at me but I got a snap before he got to me! He is so hard to get photographs of him with out his head through the fence! 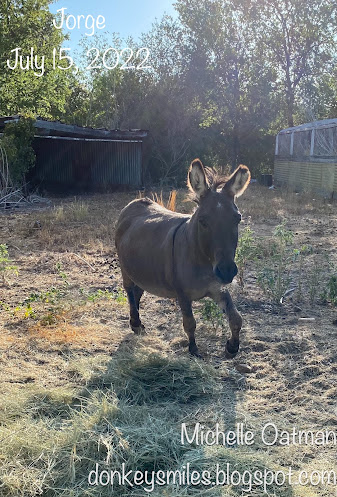 Handsome little man in he sunshine isn't he? He knows it.
Now there was some serious grunts and groans going on in the goat pen. You see Dad had already fed them and it was plain old Coastal Hay. "Uh Hello?? Where is the Alfalfa??" Crissy, Abigail and Penelope were all three giving a stare to show just how upset they were about the menu. Sorry girls... Alfalfa only 3 times a week! Very Pricey right now! and honestly you don't need it everyday, we need to watch those tummies! 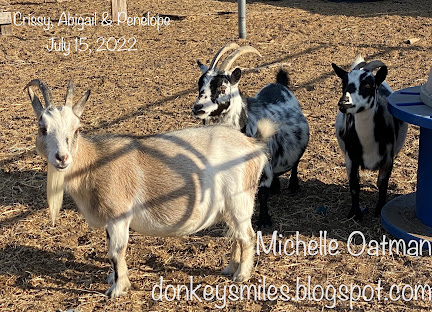 Domino was watching as well... Not as much about the menu, but he was just watching the ladies! LOL 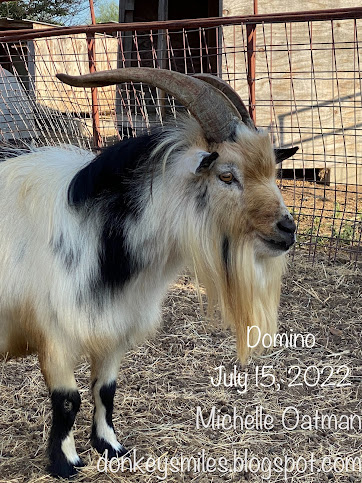 He is one handsome but one stinky nasty guy!

Always cracks me up how they always go for the same bunch of hay. Like it isn't all the exact same hay... LOL This is two beautiful girls. Ellie Mae and Fancy Pants. Sweet and gorgeous! 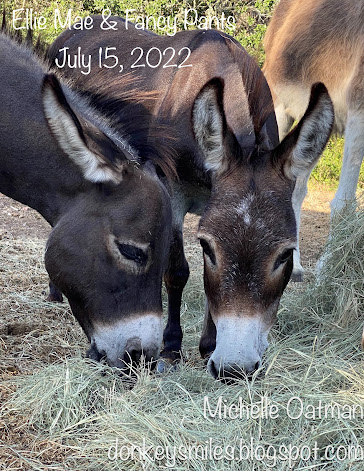 And wanted to show Miss Irene. She and Black Jack were not well last week. Irene wasn't quite as sick as Black Jack but still was worried and keeping a close watch on her. But she is back to normal ... 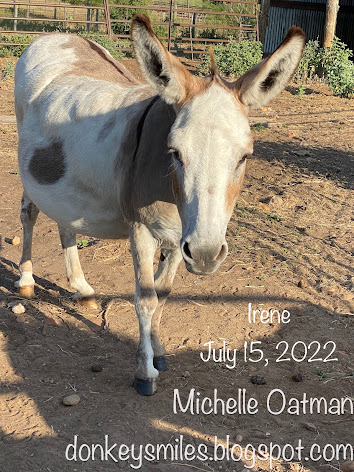 Her chunky self! She is a large girl, very sweet and loving. Just like her Mom Patti. I am so thrilled that both are feeling back to their healthy selves. A few days of no Black Jack calling out really does depress me. But as I sit here and type he is trotting up and down the fence and calling out to Cocoa... Love that sound! He has such a crush on Cocoa :0)

Hope you have your Saturday Animal Crackers Smile -

Love all the pictures of your babies.
Each one of them is special..
Hope the weather improves.
It’s freezing here in Kangaroo Land.

The weekend flew by! I almost forgot to check in to see all those wonderful furry sweethearts. Happy that all are well. Stay as cool as possible in TX.