Animal Crackers - They were blamed for eating too much...

Well I feel bad for the men in the front pen. For the last couple weeks Hubby and I have been talking about how fast and much the little guys were eating of their hay. They must have been starving! Eating it so fast! Well... Not really... sigh... 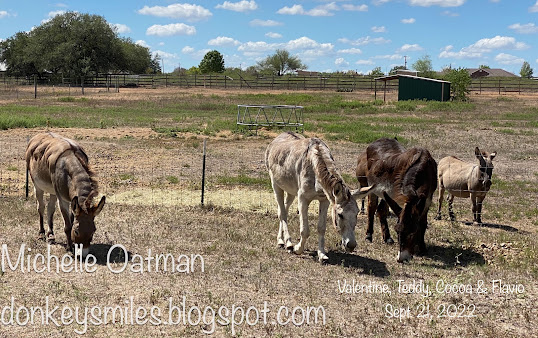 Driving up on them one afternoon last week we found the three stooges with heads over the fence stealing the guys hay! They have their own! And now chowing down big time on the guys! As soon as they saw us pull up .. they turned around and acted casual "pretending" to graze. UH NOPE! You all three were caught in the act! And now apologies to the men thinking they were being piggies!

So yesterday I went with Hubby up to the front pen while feeding them men. Hubby is now feeding them farther in the pen so long standard donkey necks can not reach!

Patricio "Pat Man" was watching "Dad" cut the bale and getting ready to throw it in for them. This is serious concentration! And a very handsome man! 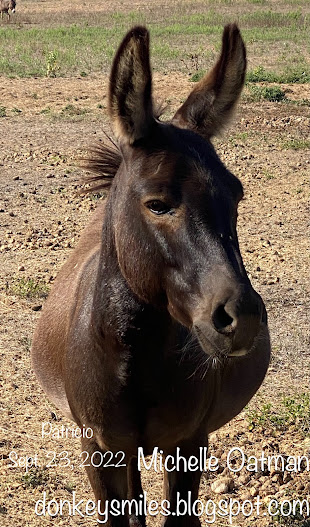 Flavio was trying to decide if coming to me for scratches behind his ears or trotting over to the fresh hay was more important... 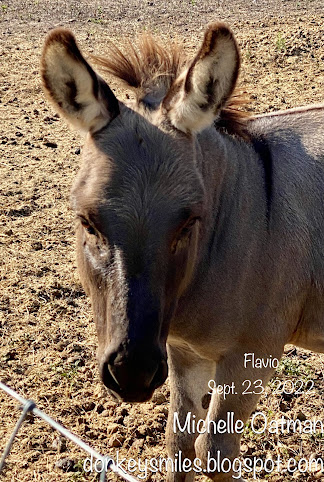 Any guess which decision he made? 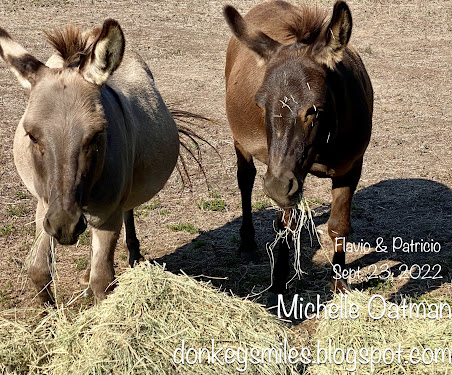 Now its been two minutes and "Pat Man" is already wearing breakfast. It was really good fresh breakfast though... so you can't blame him for diving in head first.

Miguel was all business ... not even glancing my way... "So sorry Mom fresh hay on the ground!" 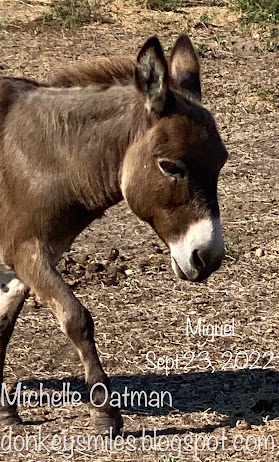 Snapped a quick photo of Crissy in mid yawn...  It was mid morning though time for her nap. 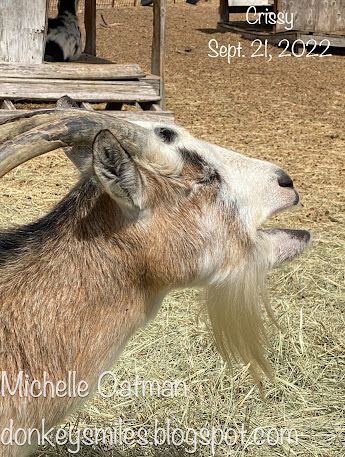 Next click she stuck her tongue out to show me what she though of my rude photo snap of the yawn. 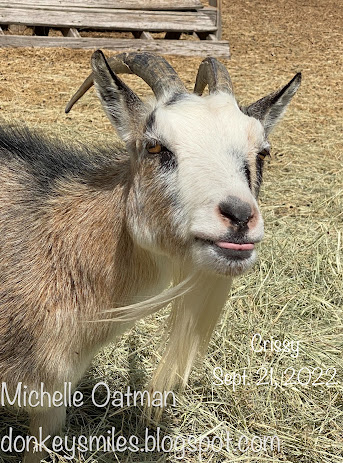 She is adorable! And one of the sweetest goats ever!

Now how many of your cats out there go nuts with the Roku screen saver? 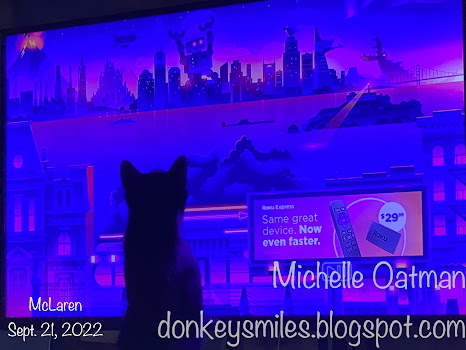 They all love it, but I got a photo the other day of McLaren watching and occasionally swatting at things. I tried to explain that all the things going on are great scenes in movies, Pirates of Caribbean, ET, Volcano, Sleepless in Seattle, Titanic ... oh so many. Silly how Hubby and I sat there watching it when it first popped up to pick out all the movies. I still find a new one now and then. Looks like McLaren is looking to find some of her favorites. LOL