Well I went out and was begging for someone to give me a good photo this week. Everyone was more interested in the feed that was coming, or just asleep in the shade. But my boy Sergio decided to try and out do Raffie's Smile for the blog... 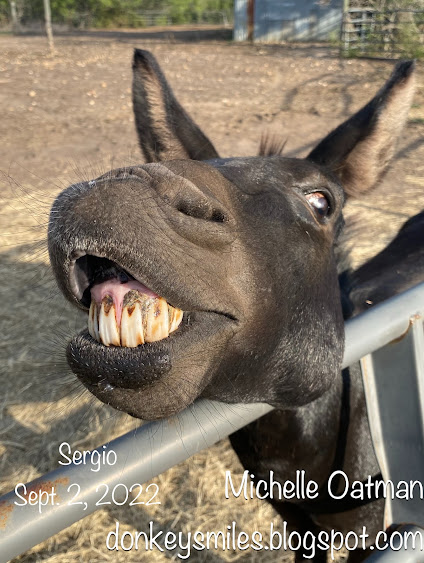 Ok, first .. ewe! Sergio we need to do some serious brushing of those teeth son! You haven't had anything but hay... so what is that on your teeth. I think I will let Hubby look into that... Ha! But my boy Sergio does think he is handsome ... he is :0)

Now this photo of Ted was a bit earlier in the day - we were heading out to get some breakfast and then run to the post office. Now Ted... he likes to stand between our back fence and the truck. You are not going anywhere until he gets his breakfast. 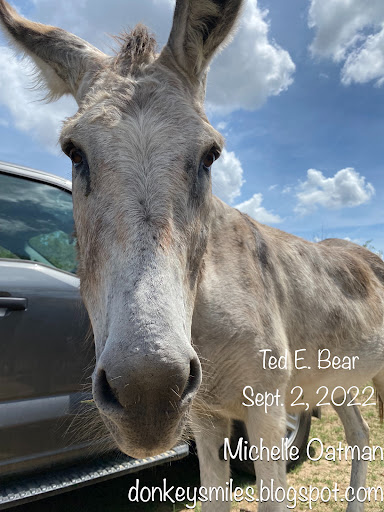 Smart, good looks and totally a sweet guy! Just adore him. He got some ear scratches and nose scratches then a kiss on the forehead while "Dad" was gathering up their hay...

Then I noticed Cocoa watching closely... what is that on her head???? 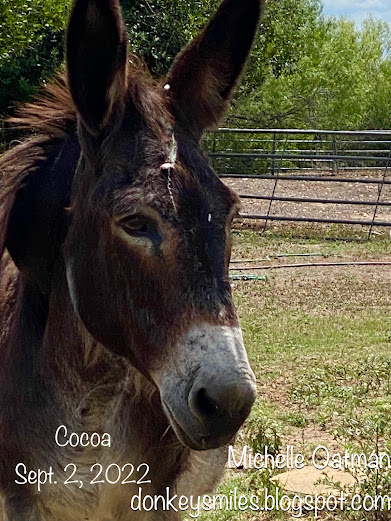 Oh poor Cocoa... she must have walked through a spider web in the trees and it is now stuck on her head. I tried to approach her to get it off. But not happening.. all that matters in this moment is that that fresh flake of hay is coming. Hubby tried to get it all off after feeding her, but she kept pulling her head away. No worries if is finally off after her belly was full.

It is so hard to get photos while bellies are rumbling. These boys would not even look at me! It was like they couldn't chance loosing sight of Hubby while he was rolling around the hay cart. Common on guys! 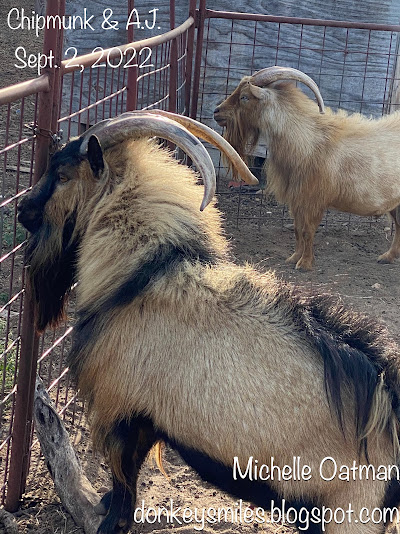 Nope that slight eye glance from Chipmunk was all I could get!

But Sweet Pea - she came to me for a photo. Shame the sun was behind her - but it is still such a great capture of her personality! 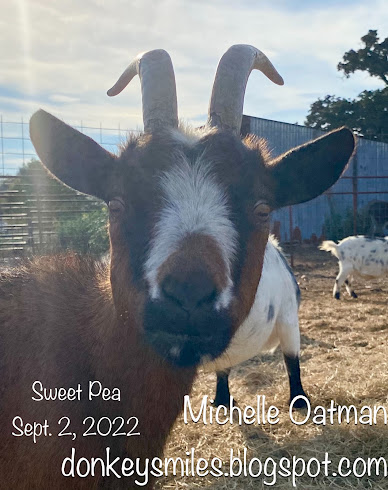 She is just so funny! I adore her even if she won't let me totally rub all over her. Just a little head scratch now and then is all I get... and those funny faces! 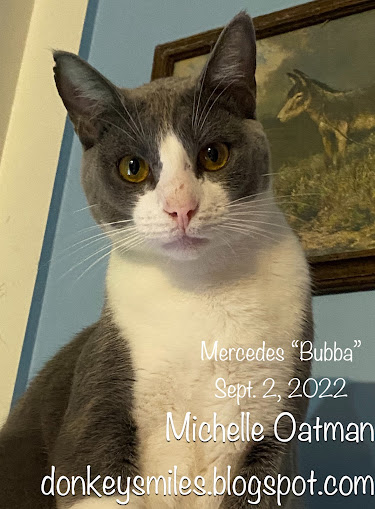 This photo was a few days ago... I was trying to work at my desk on the computer, he is sitting up on my printer above me. He had been in trouble more than once that day for anything from hauling things around the house, climbing up on book cases among a few things I just shake my head at. He isn't "bad" he just is always curious and checking things out. Oh like trying to jump at moving ceiling fan blades. Don't worry he wasn't even close, he just thought he could reach the ceiling. He is cute not brilliant. He freaks me out at times with what he tries. And I can't even tell you how long he just sat there staring at me. I finally leaned back in my chair and said what do you want? He climbed down onto the desk and curled up on me to go to sleep. Gotta love him, even if he makes me nuts at times!

One more photo this week... thought y'all might like to see the antique concrete angel we got at a local estate sale. 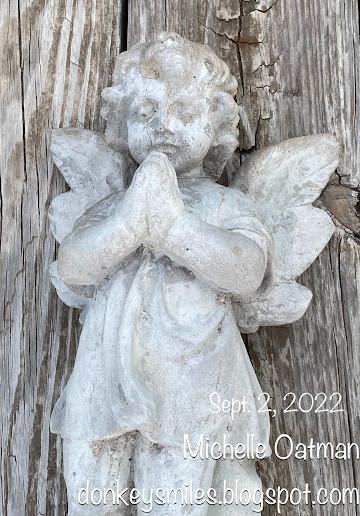 Plan  is to have her at our next antique show for sale... but man I am really loving her! She is so beautiful.

Well I hope you have an Animal Crackers smile again this week... if not scroll back up to Sergio Smiling - Ha!

Have a blessed weekend -
HUGS and

What a Beautiful smile from Sergio.
That boy knows how to play to the camera.
Hope you are having better weather than us. Still cold and wet.