There are sounds you hear daily that become a normal sound. Something you don't really even hear, until it isn't there anymore. This week we lost our Super Rooster Leon. Leon tragically died the other night... we think a racoon "got" him. Yes our chickens are protected in a fence coop, but there was a tiny space at the door to the pen, that the racoon reached through, Leon didn't like it and I would like to think he was protecting his ladies and tried to make him stop reaching into the pen.

We have been so upset and sad we lost our grand mighty rooster, and that cock-a-doodle-doo that was a constant sound is now silent. Even Red our little Bantam rooster isn't calling out as much any more. He has no other man to yell out to complain about all the Ladies, I suppose. 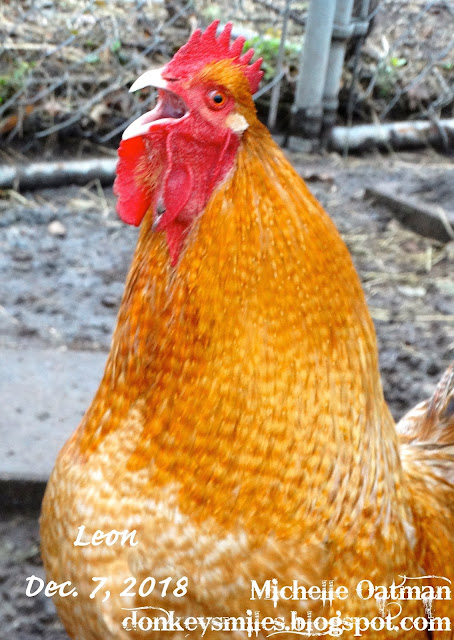 When we first got Leon we were a little upset... you see we thought we had purchased all hens. And then there was Leon as they got older. We quickly fell for him.  He was such a friendly large Rooster, and never was aggressive. He actually had a great personality.. and loved to chat with us when we were out near then pen... heck he chatted all the time even if no one was out there.

He was such a stunner... a handsome man. 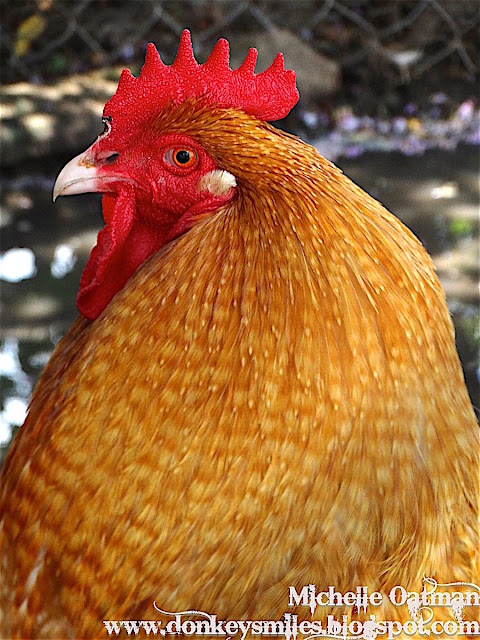 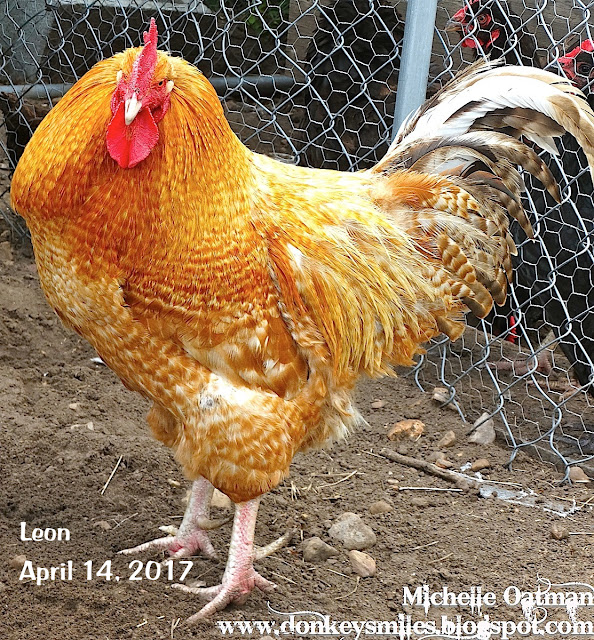 He was a really large Rooster.. and seriously gorgeous.

Even when being silly.. 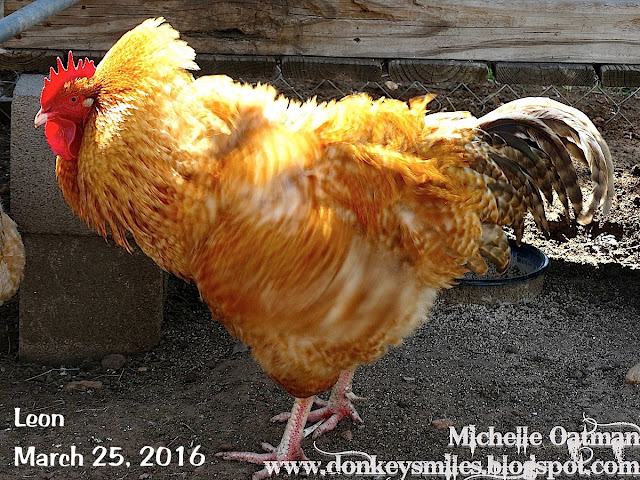 We will miss him terribly. The quiet is so loud and makes me think of him even more. 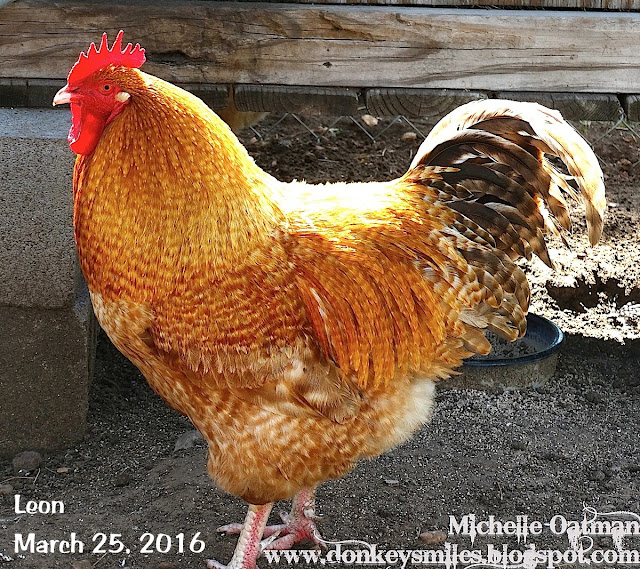 Odd thing is that just a week ago Hubby and I were talking about getting a few chicks this next month as it is the season. Even if we end up with another oops rooster... he won't be a Leon.... Leon was one of a kind. Miss you Big Man!

Hope you all have a blessed weekend.
HUGS and

Awww, poor Leon. This is so sad but what a lovely tribute you've given him.

sorry to hear about Leon's passing. Raccoons are super smart critters so Leon must have put up a good fight. My grandparents had a coop with wire etc and had even built a roost they thought the coons couldn't get up...right he met his fate the night he got up the ladder and couldn't get down. Isn't it funny how attached we get to our animal babies! I love mine a lot! Have a great week. Okienurse

I am so sorry to hear about Leon. It so hard to lose someone you love.

How sad. Leon was one mighty fine rooster. Not all roosters are friendly. Big hugs.

How sad! You're right, Leon was a mighty rooster! Sorry for you loss. Sending you comforting hugs.
Lena