We had some uninvited guest stop by this week... 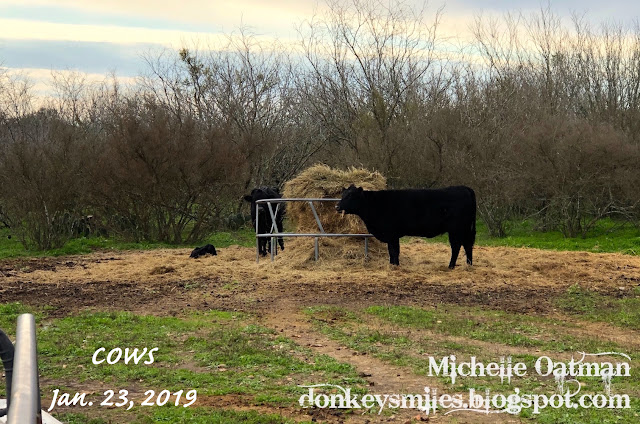 The neighbors cows found or created a hole in the fence this week. Not good. There were 9 when we first found them, but they are very skittish and took off running. I got the donkeys penned up and then the neighbor and Hubby had to work the cows back through the fence. Sigh... not so fun!  The other issue... that was a brand new round bale for the donkeys... and yes, the cows have done a number on it. Man they are destructive and fast eaters!

This week was an active one..  cows and then earlier in the week we moved around some donkeys for some babies in the future! First up Raffie is going to have another chance.. Praying this year things go better with him. 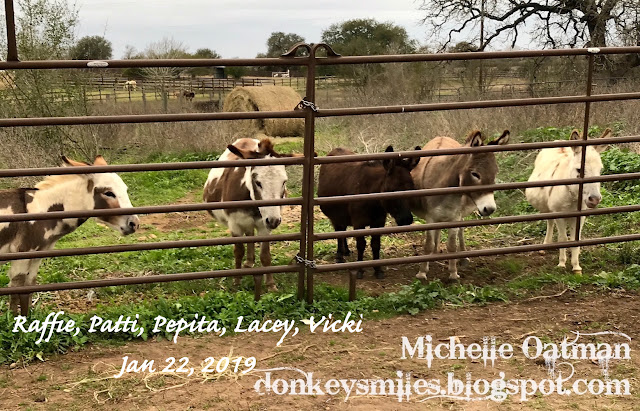 Here is Raffie and his four Ladies! Raffie.. Patti, Pepita, Lacey and Vicki. Common let this be the year! I really really really want some babies .. maybe a couple of spots?

All though Vicki was giving me that eye ... Please can I come back to the other side now? 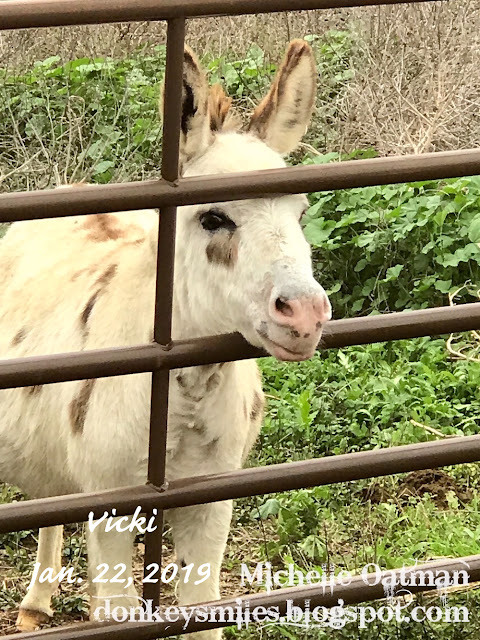 And Pavo... well he has been living with the Ladies for a while now and he is upset that Patti is on the other side of the fence. Here he is showing Patti "He's Got Hay"... 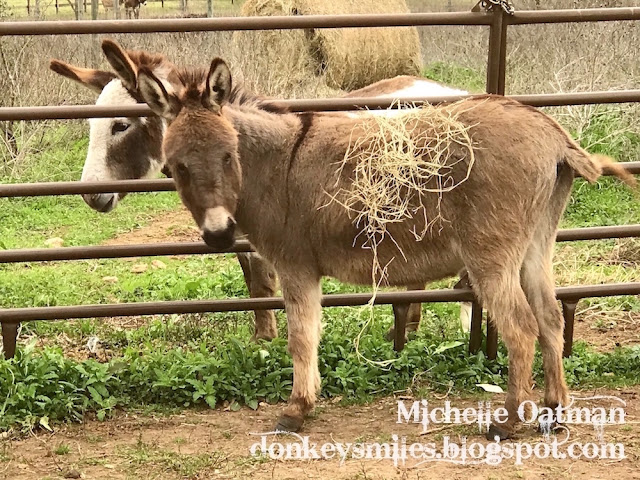 Such a funny man.... he always puts hay up on his back! Not sure why, but it is his thing.

Then we put three girls in with Black Jack. Our old man, but he was calling out very jealous that Raffie had women again and he screamed that it was unfair!!

So Irene, Bella and Jolene will be living in with Black Jack for a while.  They first off took over the Black Jack Shack as their own... 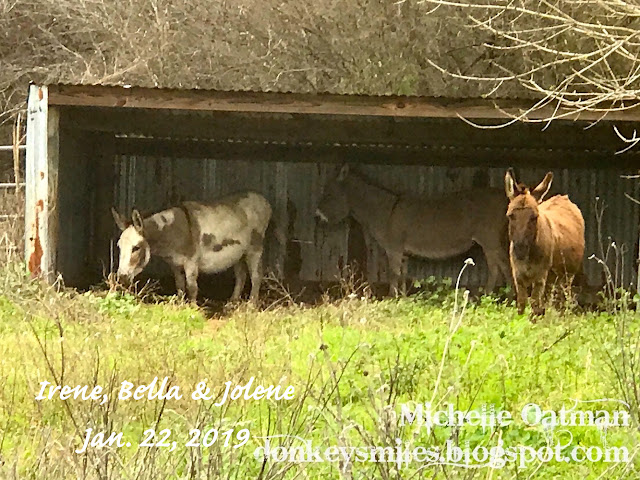 Now Irene will be a first time Mom if we can get her bred, but don't let that fool you. She is the one in charge of all around. And she told the other girls.. this is our house now!

Black Jack well... he doesn't mind, he was thrilled HE HAS GIRLS!!! 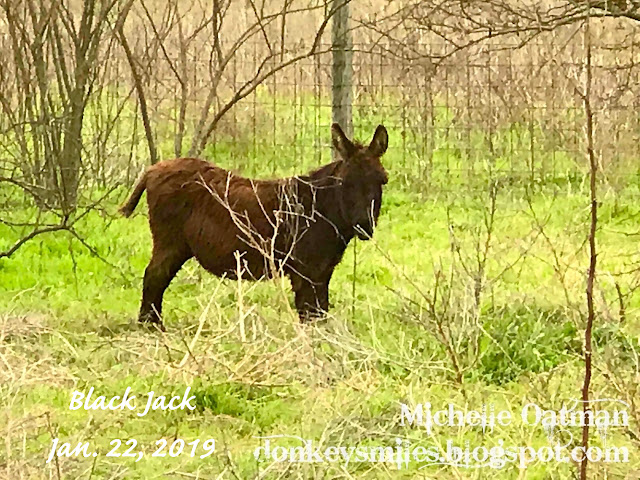 He was talking and trotting around ... one happy camper!

Then I found this sweet adorable face poking through the fence... 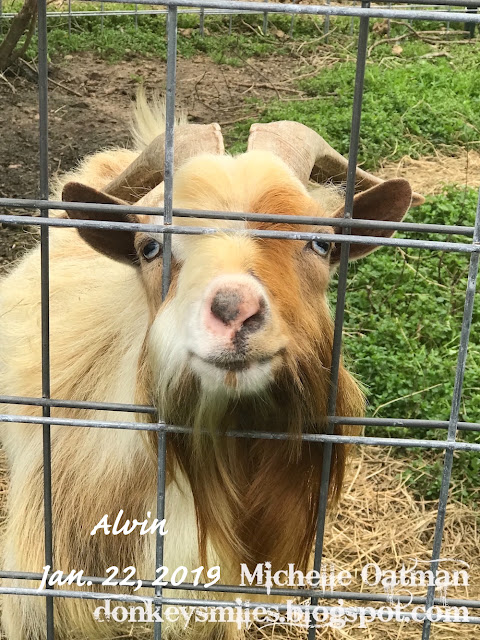 I can hear his thought... "Uh Excuse Me.... I know I have three girls now, but if it wouldn't be a problem can have some new girls too?" LOL  Oh I wish I could Alvin... you are so good looking I would love to give you all you want! But just stick with the three girls you already have.. LOL

Hope you have got a smile as large as Alvins...
And have a blessed weekend
HUGS and

Fingers crossed for Babies. I love it when there are new littles to love on for you. Good Luck. (No get busy guys ) ;) LOL

click here for info dolabuy.ru go to my blog address about his internet