I adore my "kids" and sometimes they really just crack me up with out even doing a thing. Most of the time with some of the "guys" it is just simply that hair of theirs... This week I went out to the front Men's Goat pen and found Spartacus lounging in what was left of his breakfast... Just laying there staring at me. I felt like we were playing a bit of Peek-a-boo with this bangs blowing in front of his eyes.... What a looker! 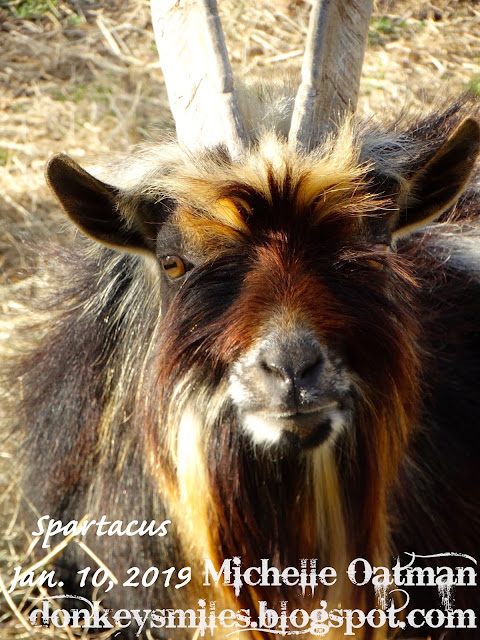 I snapped just in time to see one eye... but missed the other... Such a handsome boy.

And speaking of handsome, in the same "Men's Pen" is Charles. He has always known he was handsome. He has always been a little stand-offish... maybe that is because he was named after Prince Charles and it is a royalty thing... but he does love to pose for a good photo. 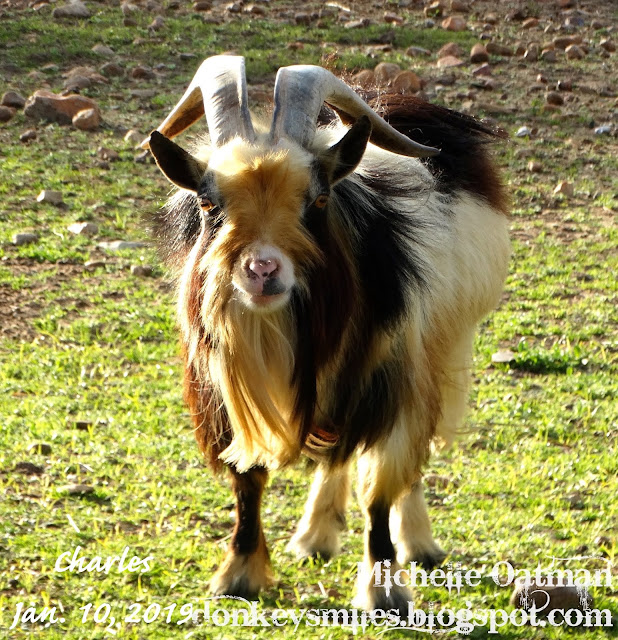 Yes, I know gorgeous... but check his profile shot... yes just as stunning you know... 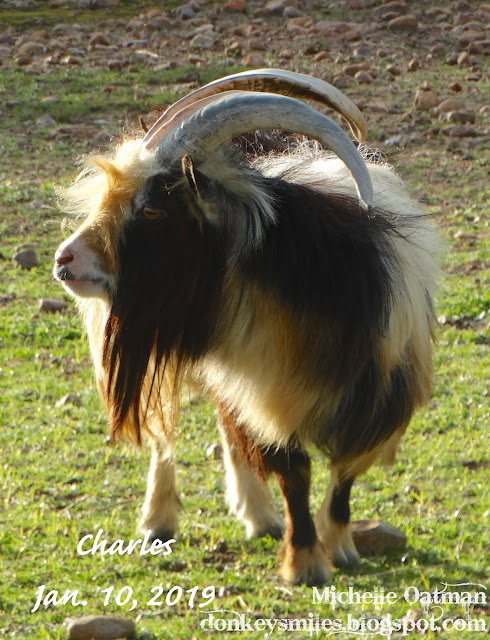 Why do I always hear his voice with a English accent? When in reality he probably has that south Texas hill billy twang, and goes by Chuck more often.  LOL

Now Frankie... he is just pure silliness! He always loves to pose for photos but usually it is like trying to take a toddler holding a puppy type of shot! 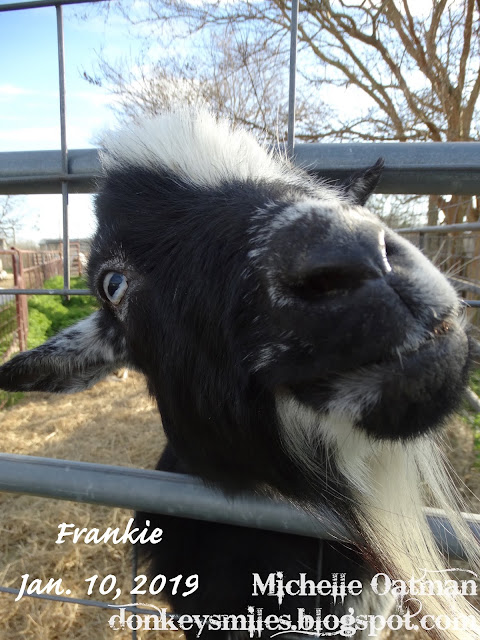 I sure do love this old man!

Oh and Miss Moxie... she followed me around the entire time I was out snapping photos. And each time I would stop... she would stop and sit and look at me like this. 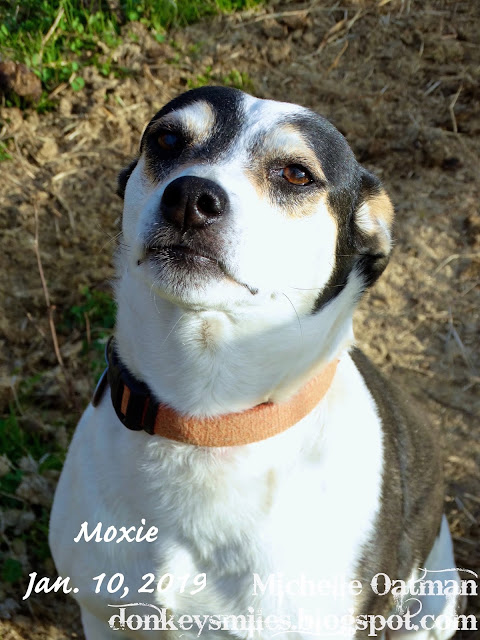 I call this her "Angel" shot. Usually it is after she did something she probably shouldn't have and she wants me to love on her and not know what she did. I hate to accuse her but I think she got one of the wild rabbits... she loves wild rabbits. And as much as we fuss at her to not chase after them, they are more than she can handle and control herself. And yes... I stopped and loved on that adorable face each time she posed for me.

Found the Three Stooges right where they have posted themselves. Next to their new round bale. 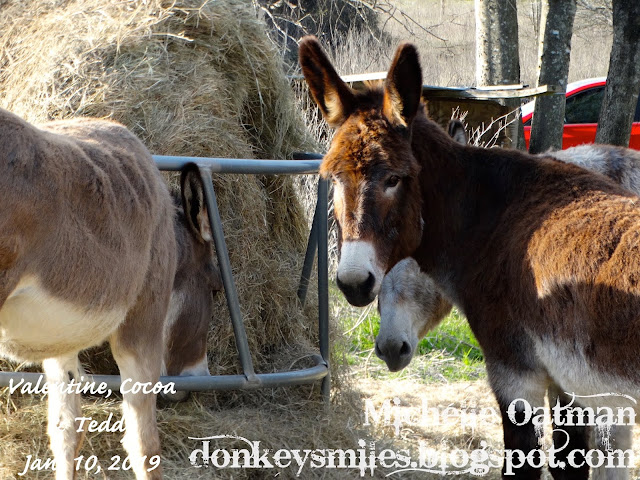 Life is so wonderful when you don't have to wander around and graze. You can just stand in one spot and chow down. This is Cocoa looking at me like don't you dare come any closer and run me off... "Dad" said this was our bale! Yes Cocoa... this is all for you three sweeties.

Hope you all enjoyed this week and have a wonderfully blessed weekend.
HUGS and

Awww Moxie is so sweet, Who cares what she might have done ;) LOL
Those MEN are so very HANDSOME. Well are your furry kids are very photogenic ;) Happy Saturday.