Today I thought I needed to do a bit of a little tribute to two - Chloe and Peso... Sadly we lost of them over the holiday season. The day before Christmas Chloe passed away in her sleep. We had been watching her closely and knew it was coming... but still hit us as the day before she was trotting and still active for the most part. 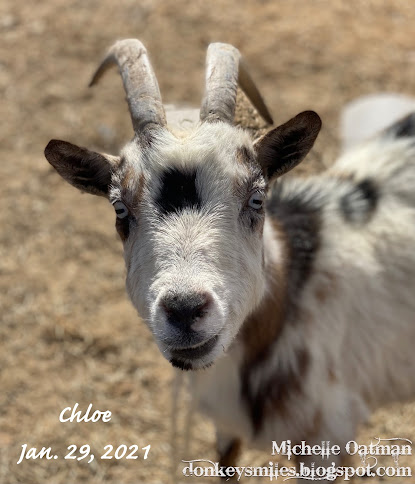 She was a beautiful girl - I think she was our first born here with those ice blue eyes. She was a sweety - and loved attention. 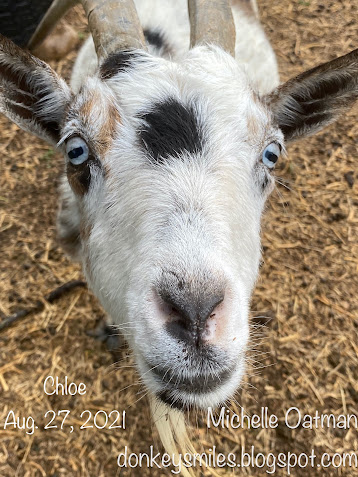 She gave us some beautiful babies - and more than once gave us triplets! 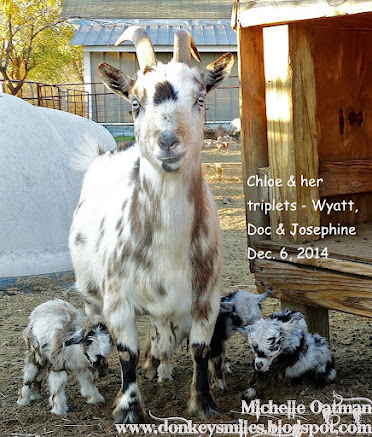 She will be missed! But she had a good long life here - well as far as a goat life. They just don't live long enough for me.

Now Peso was not expected .. One afternoon he was just laying on his patio hut looking around. Not eating much but not acting sick. Next morning he was gone, rolled up sleeping and then gone. I don't know which is worse ... knowing and watching day after day that it is coming, or something quick. Guess it depends on the animal and if they are suffering right? Well neither of them suffered at all. Other than Chloe loosing her Queen Bee in charge status a year or so ago to one of the other ladies. She hated giving up her title and control of all the ladies.

Peso though.. that smile and those teeth grinning at me - man I am going to really miss him. And his high pitch girlie sounding call. 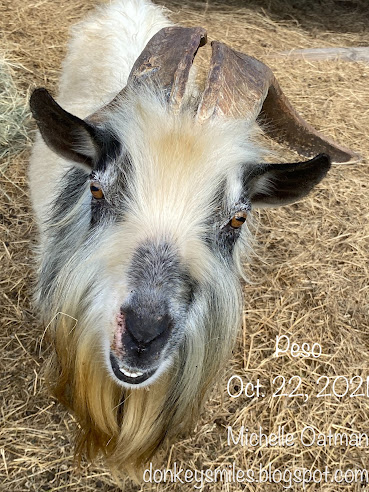 I think back to that day we brought him home. It was one funny afternoon. We had been at a Scrapbooking Conference... a morning of shopping! Hubby had gone with me to make a day of it. On the way home we began a conversation about how we really needed some new blood in the goat pen. Google on the phone, a breeder on the way home, called, stopped just to look and do some thinking.......... 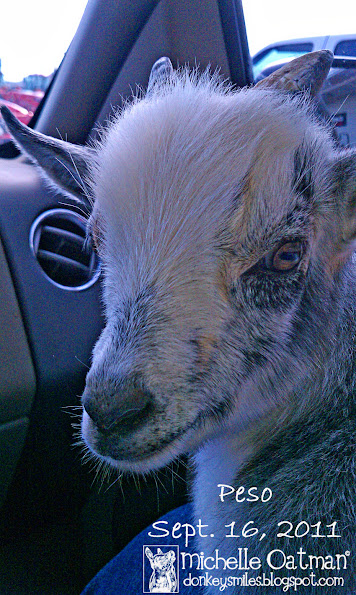 And then less than an hour later this was riding home on my lap! He was so adorable, and totally a spur of the moment thing. We are not good at going just too look at anything! He fit right into our "family" and has given us so many beautiful babies. I so wanted that grey coloring in our herd. And he gave us that.
He grew up to be a total looker and his personality was such a hoot. 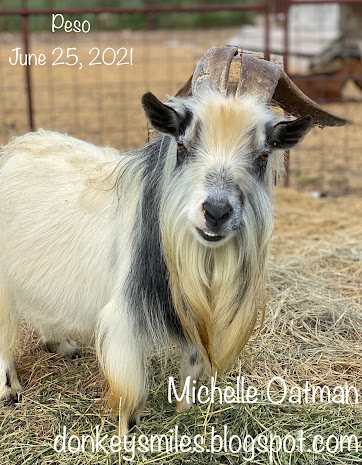 His little bachelor pad is so empty now - so sad. We decided that it is time to do some moving around and bring one of the other guys to live in the bachelor pad. Just need some time to get around it all in my head and have some time to say goodbye to Peso.

Too say goodbye to Peso and Chloe. Sigh ~ I've been saying it was coming so many of our family has gotten old. I'm going to try and not focus on that and just love hug and pet on them all as much as I can.

We will always have a special part of our heart for you Peso and Chloe!

So sorry to hear of the loss of your babies. No matter how long you have them it’s never enough.

I lost my little Maltese/poodle one year ago. She was 16. I have no family and live alone so it was heartbreaking.
I finally decided four months later to get a little rescue dog. Becky. She was beautiful but I only had her for two months when she collapsed and died.I was frightened of getting another dog but the rescue had a 9 year old long haired chihuahua called Molly.she’d been in a terrible puppy mill and had no teeth.
She is now the love of my life although I still miss my two girls. She is helping me cope.
Please remember the happy times with your babies.

No words can express how sorry I am for the loss of your goats. Animals are so much a part of our lives. Hugs,

I am so sorry for your loss. Our family dog passed away easily napping in the sunshine back in Oct. We knew his time was coming. Yet unexpected. So happy he and your two fur babies went quietly and peacefully. Big Hugs. They will live on in your hearts and fun memories.

Sorry to hear about Chloe and Peso passing. Fur babies are hard to part with. I started reading Animal Crackers years ago when I was thinking about getting goat or two for my back yard...being in the city I can have 4 chickens and 2 goats so was thinking about the smaller ones. I googles and ran across your site. I know it hurts to lose a fur baby but I always think about how much love and caring we have shared. It was never onesided you could tell they loved us too. I have been feeding some possum that showed up when they were very small...couple months at most. They are such sweet gentle critters. I bet you see more then a few of them around. My cats think they are giant rats and steer clear! I hate that they have such short life spans even when someone feeds them and cares for them. I had 6-7 and down to 2-3 that come back every night. Hugs...