Animal Crackers - Beards can be a messy thing

I suppose that beards can be messy thing... at least it seems that way for Mr. Chipmunk! 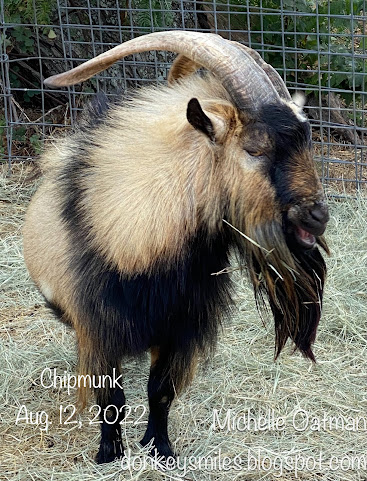 He is such a handsome man - well other than the messy beard, but hey everyone has one of those bad hair days.

I headed out to see all the ladies - I was surprised they were all up at the barn in the middle of the afternoon. But they were finishing off all their breakfast, which they are very good of not wasting. As high as it is in the these drought times I appreciate that they don't waste any of it! AnnaBella was topping of her hay with a little salt block. As hot as it has been they do love their salt and mineral blocks. 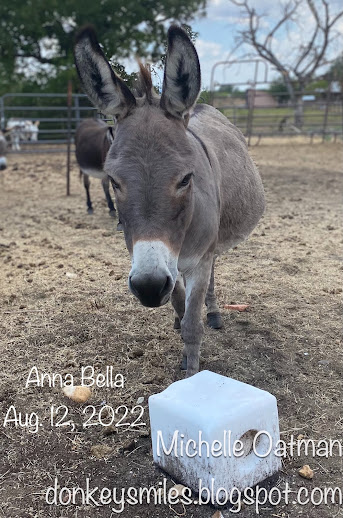 Juliet was being her normal pushy self and shoving her nose right in my face. And then out of NO WHERE - Macie pushed in and wanted attention. This was a shocker! She is normally so calm and never one of the pushy gals. But yesterday she wanted her fair time I suppose! 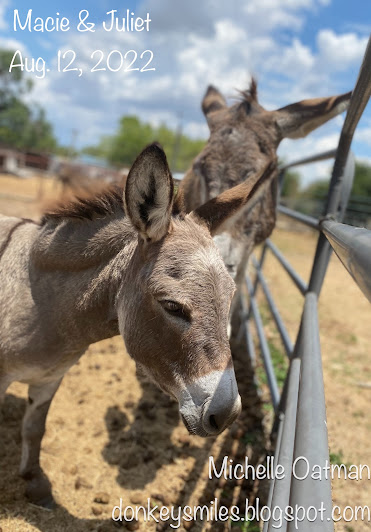 She is so beautiful I made sure to give her lots of head scratches, ear rubs and that kiss on the nose! No worries about Juliet though... she made her way right back to me for her 110% of the attention.
Patti was being so pretty and standing off to the side, with those big brown eyes looking at me. Posing for a Glamour shot I am sure! 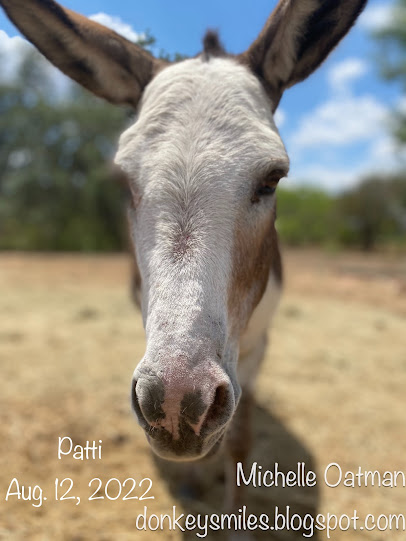 And that nose got a kiss too... Love this sweet old lady -
And speaking of old ladies.. Miss Scarlett was out finishing off the goats hay. Ok.. the goats are not quite as good at not wasting... sigh. 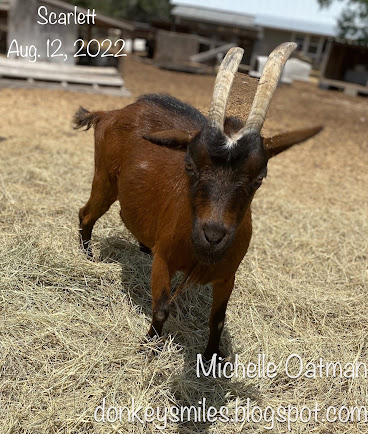 She is totally the boss of the lady goats. It is hard to believe that she is one of our old ladies now. She was so tiny when she was born - and so sweet and silly. We use to have an issue that she would jump and climb on Hubby's back, and then to his shoulder when she was little, cute when little but that had to stop pretty quick as she got bigger. LOL
Now I had to zoom quite a way across then pen her but it was so funny I had to capture it... Penelope is asleep! I am assuming that Mom Abigail was laying up there and there wasn't enough room for her daughter? Not sure but that front half is propped up and standing in the back! 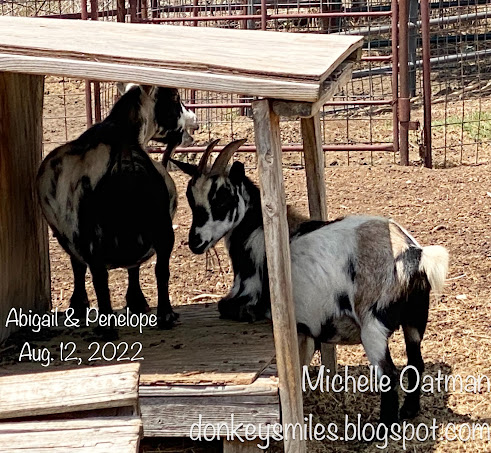 I called out to her after snapping my photo of course - she yawned stretched and then very slowly pulled one leg down then the other. Yawned again then laid down in the shade of the hut! Afternoon nap had been disturbed I guess. Bad me.. Sorry Penelope

Earlier in the week I went out with the dogs and was sitting on the back porch and Momma Cat who came to spend time and chat with me. Funny... we never refer to her as Tuxedo anymore. That was her name when she appeared here - doesn't really fit her now. Momma Cat is who she is. 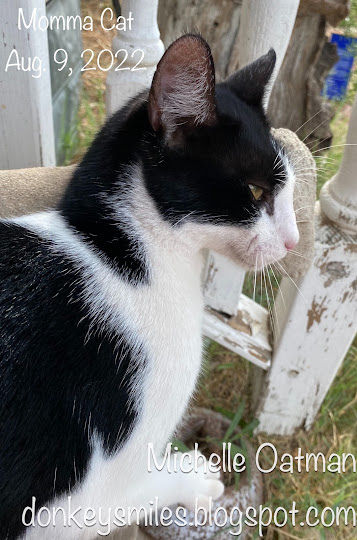 Hubby would love for her to come and live inside with her children. But she won't have any part of it. She like her outdoors yard, her domain. We worry about her as an outdoor kitty is not a safe life. As we know - her son Shadow disappeared a while back and we haven't found him since. Hubby has looked and looked. So now we try and get Momma Cat to come in - she steps in a couple of steps then bolts out. Maybe one day... Hopefully before something bad happens. We do love her to pieces, she has become such a sweet friendly kitty. Just like her children inside.

I hope you enjoyed and have a smile this week!

Good Morning. I hope your temps have cooled some. It was a beautiful week here. It sounds like it will take some time but you might get Momma cat indoors. Maybe at least overnight when it is most dangerous to be outdoors.