Got outside a little later than normal yesterday to snap a few photos and chat with my fur children. While there were a few up front finishing off breakfast, most all the ladies were enjoying the shade from one of the enormous trees in the back pasture. 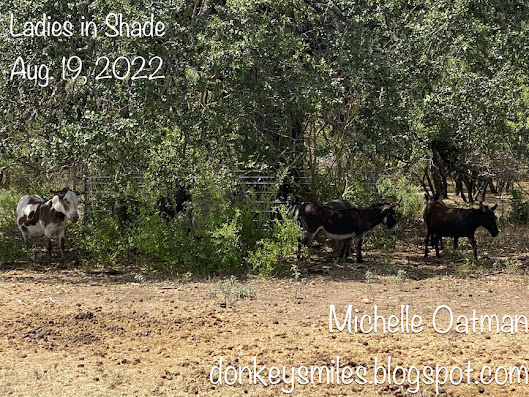 I think there are 10 girls back in there... but the shade was much much cooler than the afternoon sun! A few are sound asleep there too.. ha look at Patti's ears on the left - yep she's snoozing there!
Darlene was out near the water. I decided to stop and have a conversation and get a little advise from the old girl. 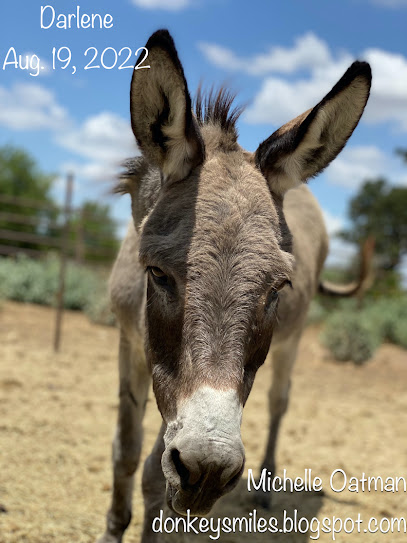 You see I officially became a "senior" citizen this last week according for some discounts anyway... so Darlene could hopefully share her knowledge on how she looks so good for an old gal. Then again she is fed pretty well.. has shelter, water and has very few worries in the world. So I guess that has a lot to do with it huh? Love that old beautiful face!
Speaking of loving a face.. HA! Valentine had just gotten a refreshing drink. There are many of the donkeys that will stick out their tongue and swish the water around for a minute or ... five minutes to enjoy the cool water. Why that tongue has to come out I have no clue... but it always good for a photo shot! 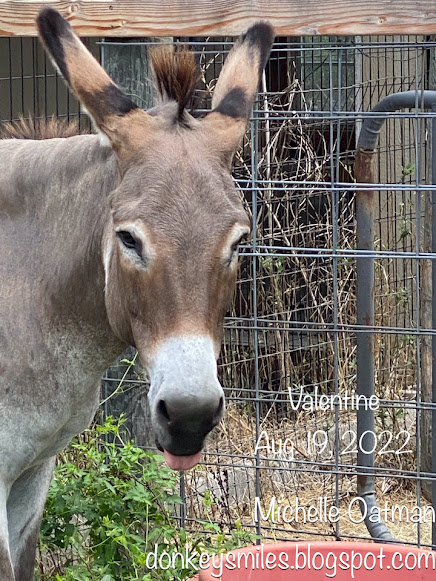 Miss Hannah was deep in thought. I so wish I could know what was going on in that silly little head. 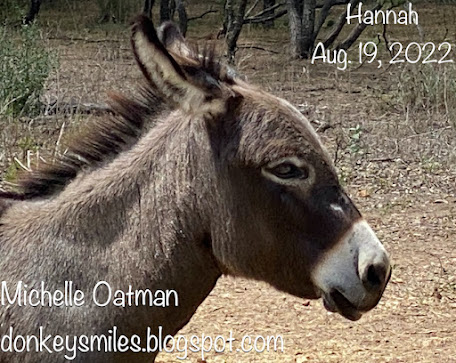 Or do I? It could be scary too I suppose. She is always usually so hyper and .. well nuts! LOL But gorgeous!
Walking back towards the house I found Teddy... Big guy was making sure that there wasn't a single piece of hay blown outside of the goat pen. Now don't worry that he is starving here folks! He has his own area with his own breakfast still sitting there. 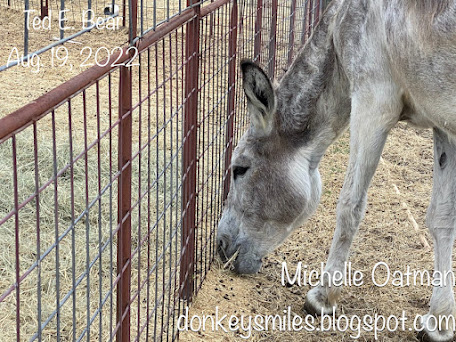 But that found goat hay is always better! And I suppose if it is on alfalfa day it is.. but sorry big guy its a coastal hay day just like you get!
This photo Hubby took for me - we have a little batch of young Armadillos moving around. Cute? Or Not? 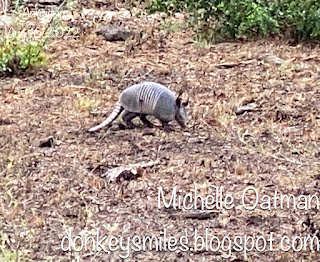 A bit of both maybe? Lol as long as they stay around the outer parts of the property and not up by the house or goat pens I am ok. But man they do some major damage with their digging!

Hope you enjoyed and have your Animal Crackers smile this week - Hope you have a very blessed weekend!

Good morning. Armadillos are odd looking critters. We have ground hogs some might say are cute. But NOT in the garden. So much damage. We have had 2 weeks of nice cool for August weather. Hope all is well in your part of TX.

No babies this year?

Enjoyed it thank you

Love all your photos as usual
We are still suffering cold weather here in Australia. We are only a week away from Spring and this week we had snow.
Your little armadillo looks so cute just like all your babies.
Now you’ve joined us oldies try and take it easy or celebrate instead.