Went out yesterday morning early to snap some photographs. Ok.. early for me, around 7:45. Hubby had been up, out and around for a couple of hours. He is so much more a morning person than me.

But getting out in the morning means I can catch more kids before they head out for the day to graze and be lazy.

Macy was still not quite ready to get going... she is so like me in so many ways.... 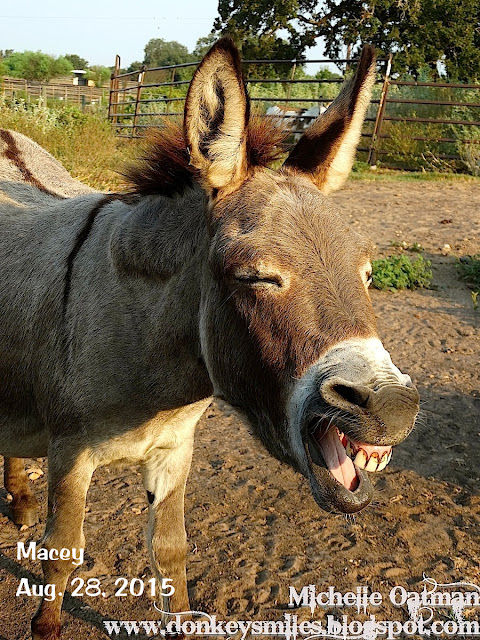 Looks like we need to work on getting Macie a toothbrush... LOL ewe.

Found three of the other older ladies enjoying their breakfast on the other side of the fence. 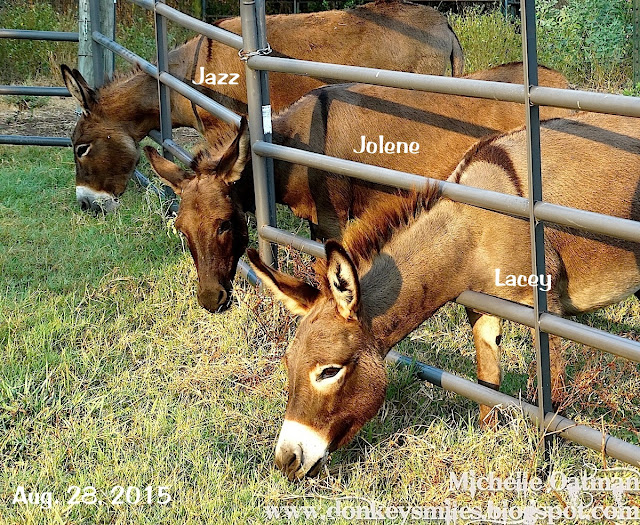 Same grass that is on their side... but you know what they say...  it is always green on the other side.

Snapped one a little later of Jazz... shhh I think she is 'resting"... 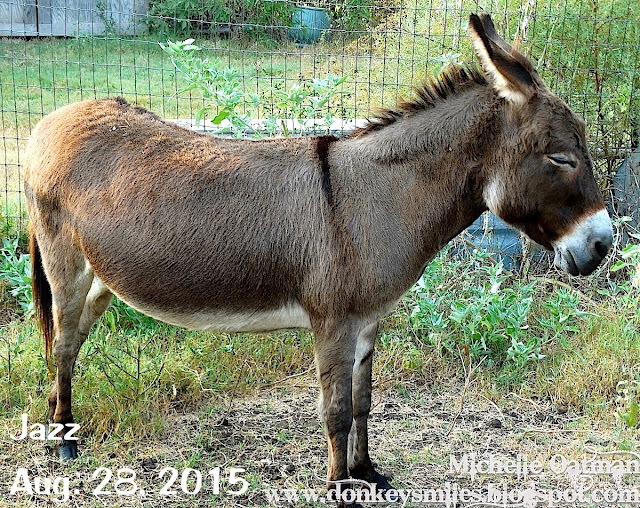 Crissy game me a little smile when I called out her name... adorable. 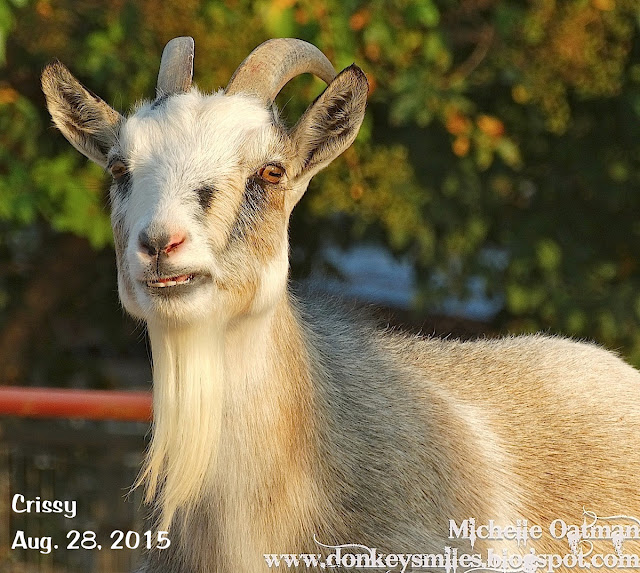 Speaking of adorable... these two boys crack me up. They are the best of buds. 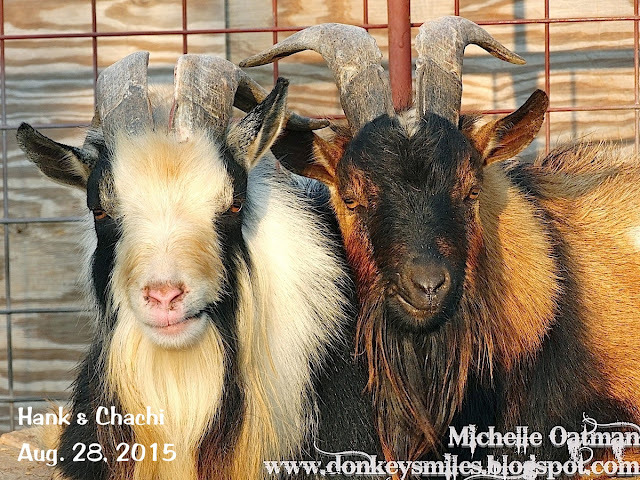 Hank and Chachi, they are truely best buddies. They get along so well. Some would be shocked as they are both "Men" But that could all change if a girl was dropped into that pen.

This Girl makes me SOOO HAPPY!!! 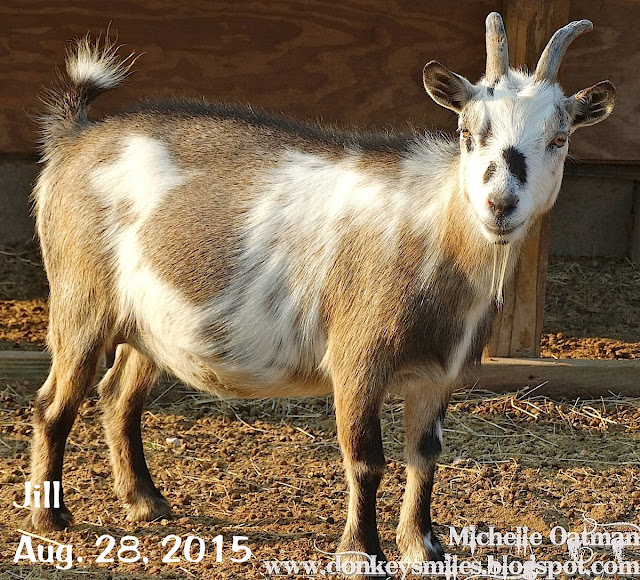 A few months back I was trying to find a way to say goodbye to Jill. None of us thought she would survive her pregnancy problems. Vet even though her chances were not good. But he didn't give up and neither did we. And now she looks like a picture of health. Happy and doing so well. Don't think we will be breeding her anytime soon. She deserves so "me" time.

Snapped a great photo of one the outdoor kitties, Momma Cat. Sometimes a few of these outdoor cats are like a blur and not going to give you a 1/2 second to get a decent photograph. But once in a while they will be just curious enough to stay still for a quick snap... 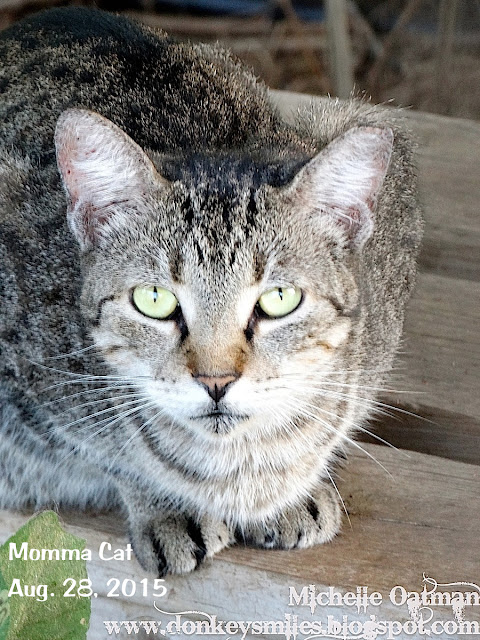 Maybe it was just the interest that there could be a possibility of some canned food for breakfast.
Sunning cat she has such striking features.

Hope you got a smile this week. Just love my kids...

Posted by MichelleO at 3:00 AM

Hank and Chachi are two very handsome young men! It is amazing that the outdoor cats are still so skittish since your hubby rescued them.