Last week were discussing moving Itsy and Bitsy outside. I was worried they were too young and thought we might wait another couple of weeks. Well then Hubby went to the feed store... 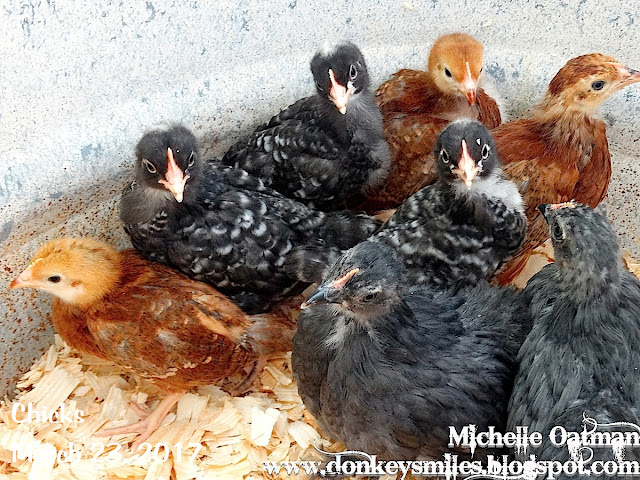 Now how can going to pick up hay and feed to bringing home more chicks? And I wasn't the one standing at them pouting for them! LOL

Our inside chick hut wasn't big enough for 6 new chicks with Itsy and Bitsy.  So the larger porch chick hut came out. We have 6 new family members and Itsy and Bitsy now live in the large hut with their new siblings.

I thought maybe they wouldn't like the new company when first introduced, I mean they have lived over a month just the two of them. But they seemed to bond up right away! Or maybe it was just necessary to become buddies right off to fend off the crazy lady poking her camera into their new home. 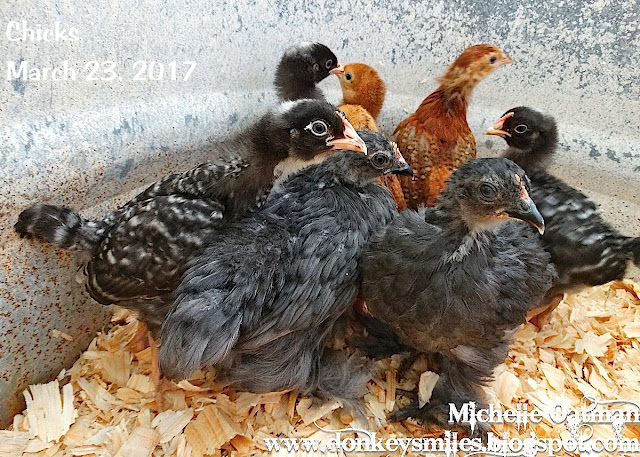 Aren't they adorable? So fuzzy! 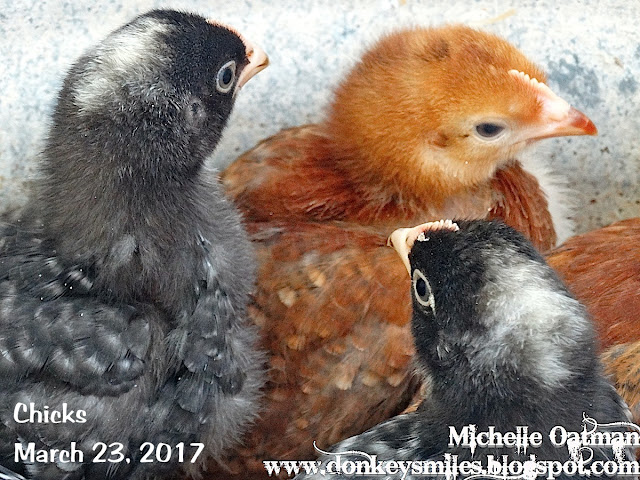 Also new this week... Raffie has new Ladies in his pen. 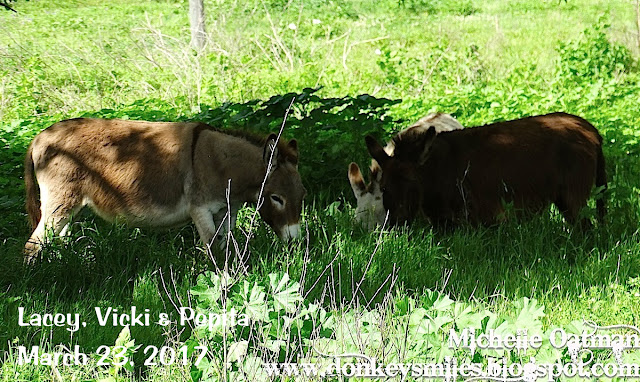 Yes FINALLY!!! We have three girls in with Raffie to have babies next year!!! We planned four, but Irene was not being so cooperative in heading into the pen. Seems all the running kicking Heeing and Hawing from the others spooked her off a bit. We will work on her in a few days maybe, and now we will starting thinking about who will be visiting Black Jack for the season... :0) Even if we will have to wait a couple of weeks.

One last photo to "end" things this week. 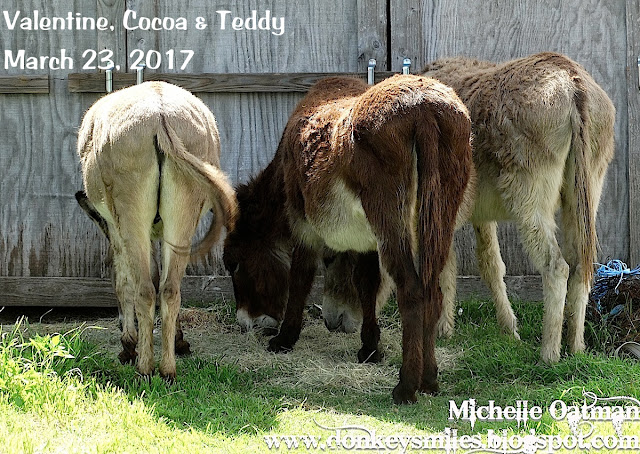 Ha! Hubby brought in a load of hay this week... oops a part of a bale fell off the truck and made a little mess outside the hay barn... no worries the three standards, Valentine, Cocoa and Teddy made sure it was all cleaned up!

Hope you got a giggle and smile this week. And I hope you have a wonderfully blessed weekend!
HUGS and

Baby chicks are so fluffy and sweet. Do you know the breeds? I love the fun color assortment ours are all black (Iowa Blue is the breed.) See you next week. :)