Ups and Downs. you see when you have nearly 100 "children" there is someone you are keeping a watch on or worrying over every week. Last week it was Black Jack. He is doing well and seems to be much happier now that he back in his larger pen and has heard the whispers that he will be getting a girlfriend or two soon. This week it has been Hank that we have been worrying over.

A bit of colic we think. Or Goat Bloat it is called. Painful, and can be fatal. But hopefully we caught it early enough and he will put back on some weight and get back to 100% - 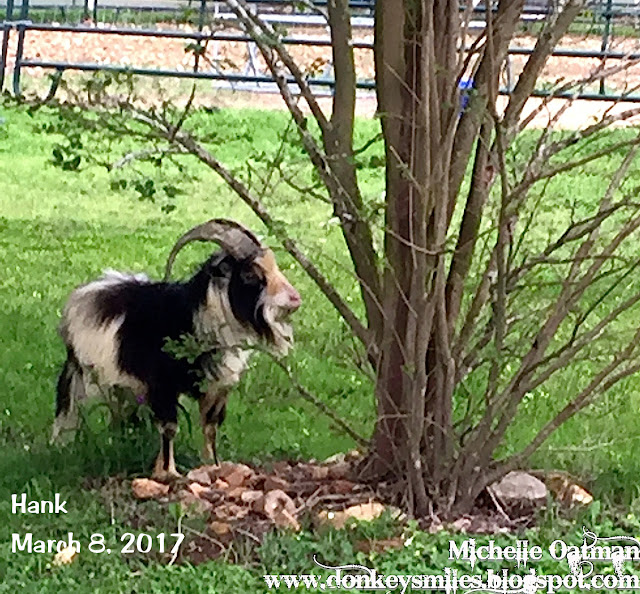 It seems though that he felt with all that special attention he was a bit more special than everyone else and decided that he deserved to get out of his pen and roam around on his own. Took Hubby a while to figure out where this hidden door was ... Now as much as I would like to spoil him and allow this... the thought of the dangers out there, mainly coyotes this is just out of the question. But not once... not twice... but three times he did this. Caught a photo of him totally ignoring me and acting like things are all good... LOL Love this guy he is always so funny. 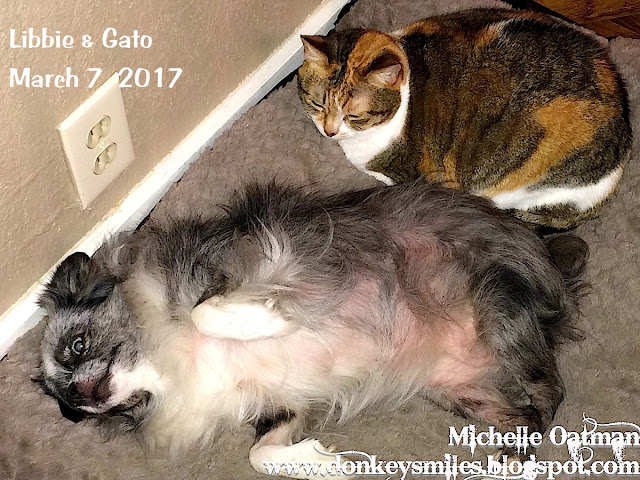 Now this may not look to odd to most. I mean it is perfectly normal to find Gato in the dog bed around here. And often she is in the bed with Chica... once in a while with Autie... but NEVER with Libbie. You see Libbie does not like Gato... could she be mellowing in her old age? Nah... I think maybe she has just not realized that Gato is there and not one of the other dogs....

One of my new favorite sights.... 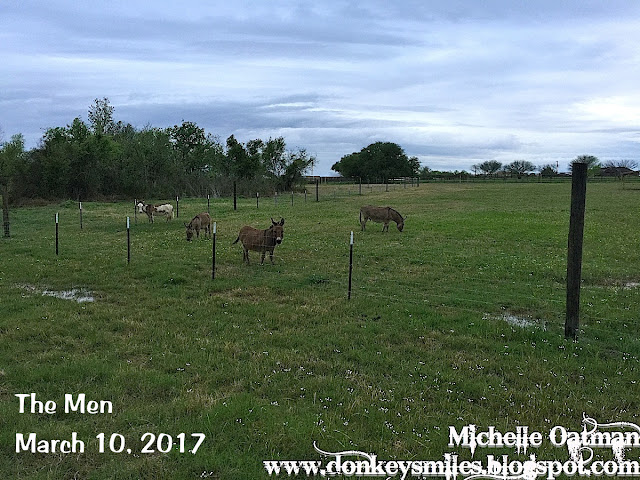 This is as you drive into our gate. The "Men" - Rico, Diego, Miguel and Sebastian are all living in their brand new pasture and loving it. And yes that is puddles of water standing in a few places... big rain storm the night before... water will stand here for a few days. But that will also cause it to stay greener in this pasture going into summer!

Big grassy pasture with a nice new large "house" that I made Hubby build a larger than normal  over hang porch for them. They will need that porch shade for the summer here! 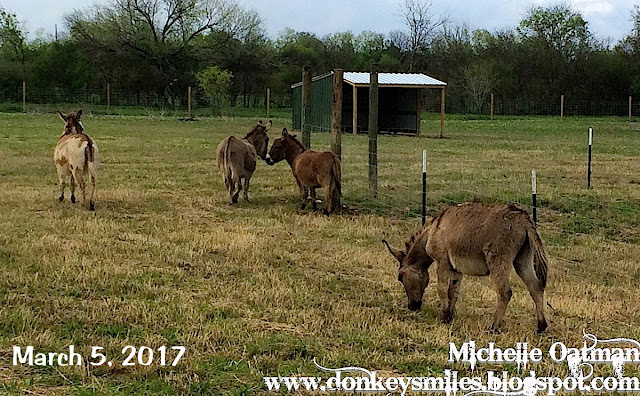 I had been so nervous about putting Sebastian in with the men, but it actually has been smooth! Well after a few days of screaming for his Mom... but him getting along with the guys has been great. Rico has actually bonded up with him and the two loving playing! 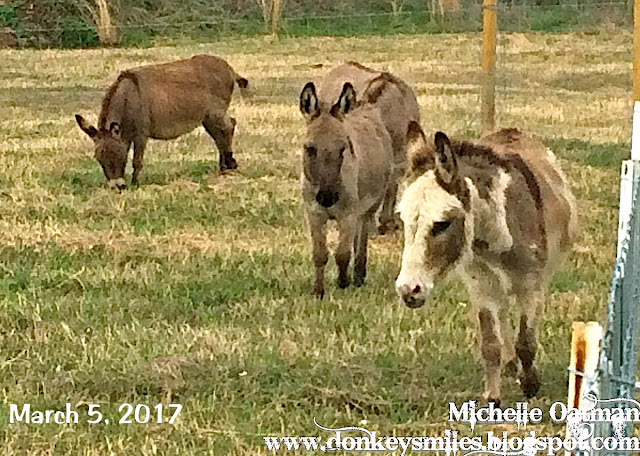 It is so peaceful to drive up and sit and watch them... and boy are they are loving all that green grass!

One more view when you drive up to our gate... 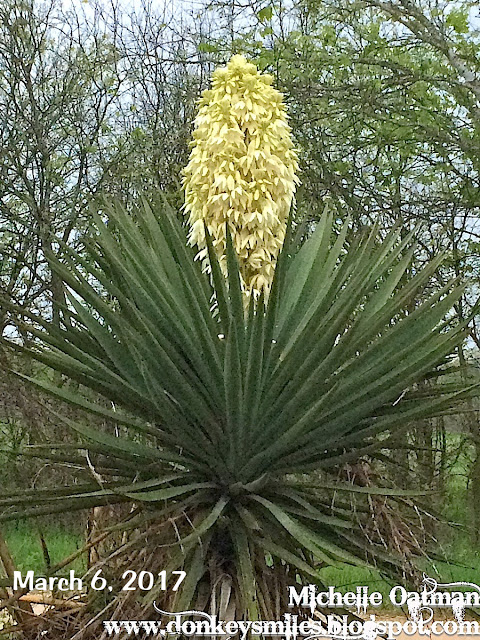 My Yucca is blooming right now. So pretty when it does this. But it may be the last season for this Yucca. It has gotten pretty large and Hubby and I have grown tired of Yucca and cactus at the front of our gate... was great when we didn't have a water line up there. Now we have one put in for the donkeys new pen... that means now we can water plants up there! So I am trying to talk Hubby into some antique roses... wouldn't that be pretty??

Hope you have enjoyed...
Have a wonderfully blessed weekend!!
HUGS and

Wow=super Saturday. I love all the pics-the green abounding is gorgeous! Thank you as always.

So nice and green there. Hope the grass hangs around well into the summer for you. I do like plants that require little or no attention. Roses always fail for me :( Although they sure would look nice if you could get them established up front.