Is there anything better that a little Afternoon Siesta? Ok as an "adult" it is a splurge and a bit of a luxury to get a little nap. But for Valentine... it is an every day thing. Especially when there is a full moon as middle of the night grazing is really awesome when the moon is bright. 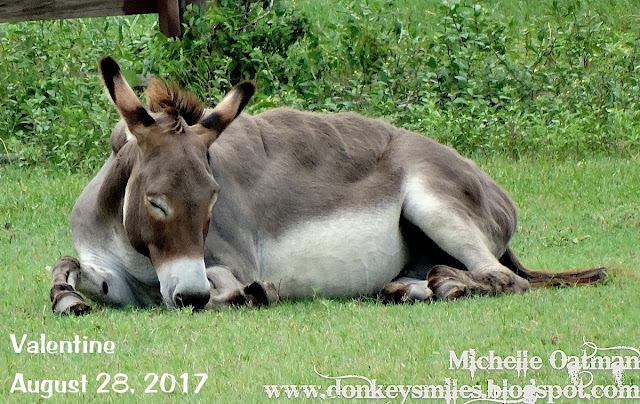 Prince Charles.. or "Chuck" he also likes afternoon siestas... I was trying to stay quiet for him, but he heard me and eyes popped wide open. 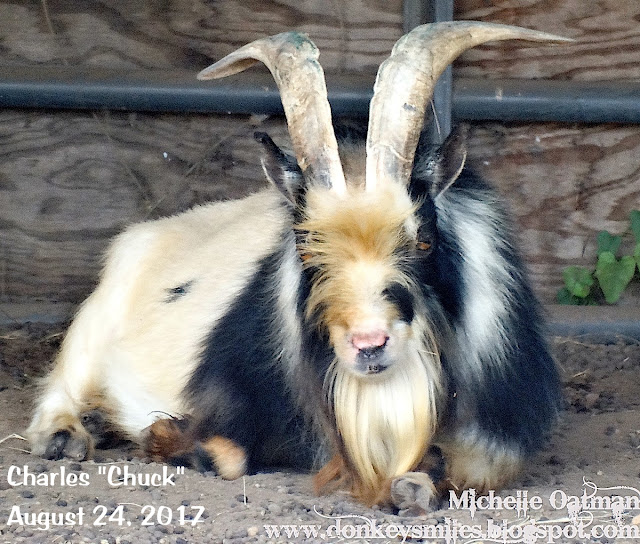 Those horns are so awesome. A bit battle worn, head butting is a serious job you know.

This photo just cracked me up. Would have been cuter if I could have placed the plates closer together, but you see that causes a bit of growling and issues... so space is best for everyone. 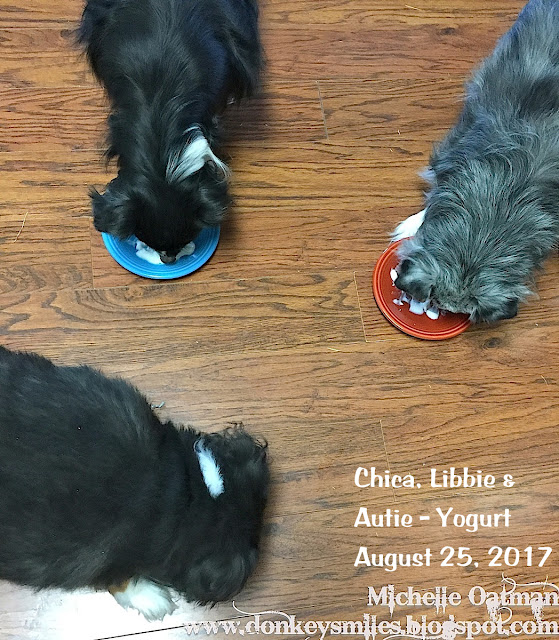 In case you are wondering what is so yummy that they are paying no attention at all to me. Yogurt - Someone told me that it might help with Chica's and Libbie's allergies. I have been working forever to see what was causing it. Food.. nope, treats... nope, soap... nope. The only thing I can't change that I have narrowed it down to is the grass. It seems to get worse when the grass is thick and after mowing. Poor Chica looks horrible loosing hair and scratching. Libbie is just scratching. So Yogurt has been given out once or twice a week.. Libbie has gotten much better. And honestly.. they LOVE it so we will stick with it a bit longer and see how it goes.

This little lady melts my heart. Ellie Mae is one of our very first donkeys and man her genealogy line has unbelievable colors and features. But sadly... she has never been able to get pregnant. 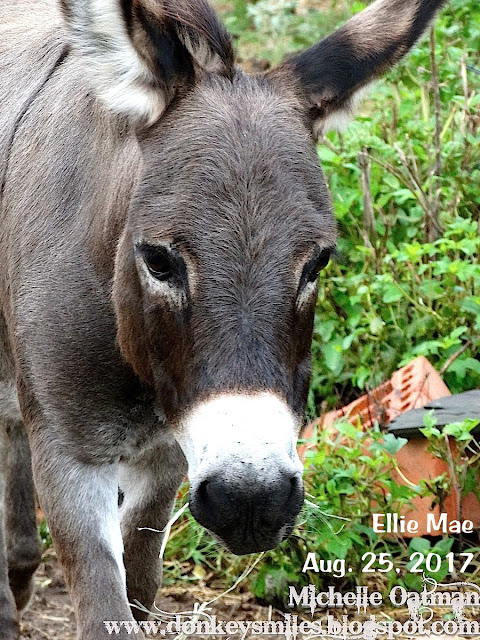 Might stick her in later in the year just to see if possibly she could be blessed with a baby after all these years. She is so sweet and so pretty. And if you could hear her "hee haw" you would just crack up. She sounds like a toddler girl yelling out! I can hear it anywhere on the property and know she is out there talking. No one sounds like Miss Ellie Mae!

Now I know I ended off last week with Gato. But this cat was just too funny this last week and into so much. I had to snap this one. 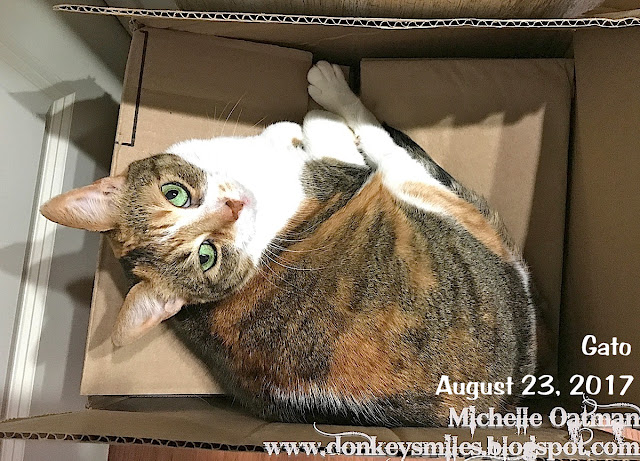 She LOVES boxes as does all cats. But a big box full of padded envelopes! Now that is nice box to curl up for a nap! I think she thought we brought it just for her. She was not happy when the flaps got folded down... all that padding was gone! So "Dad" opened it back up for her. I told him that was fine unless she decided to claw the padding, then flaps down! LOL

Sending out prayers and thoughts for all of those dealing with Hurricane Harvey - there is still so much flooding and some are just now dealing with flooding due to the dams and levy's being released, and for all the creeks and rivers downstream flowing. But we are Texas - strong and we will survive!

Hope you all have a wonderfully blessed weekend!! Hug someone furry or feathered.
HUGS and