Well this last week was the Guineas big move! Yep our Guineas have grown up and are now living in the goat pen with Old Lady Guinea. 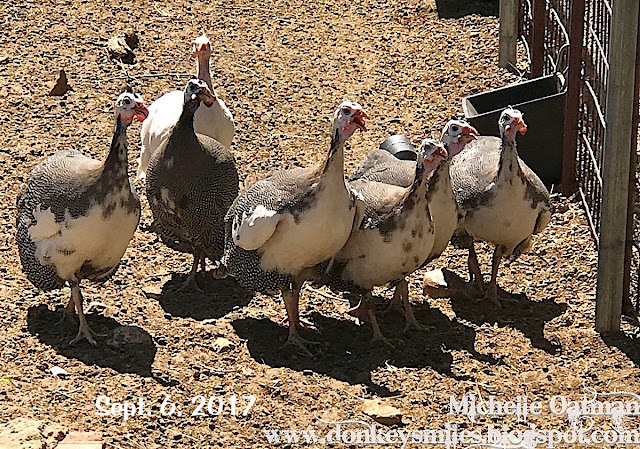 Ok... mental image here.. it took us a little time and I mean "US" by Hubby, but I did hold gates and such for him, it took a little time to capture them from the small chicken coop and then move them across the yard to the goat pen. They were very loud in their discussing the move. But finally they were all in the goat pen! Whew. Hubby built them a special section of the pen that only they can get into. This was needed since they were not to sure about getting anywhere near the goats and they wouldn't come to eat their feed before the goats ate it! So now they have small little gates into their own private yard. They seem to have figured it out after a few tries and all is good. Ok.... good, but very chatty! OH and I forgot to say - Old Lady Guinea has no interest the the young guineas and they really have not wanted anything to do with her. Old Lady Guinea is sticking to her goat friends. Maybe she thinks she is a goat? 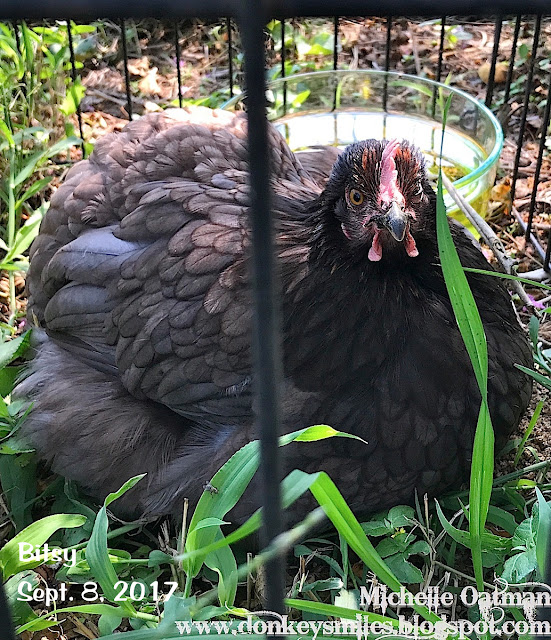 She seemed to not be feeling well at all and got some special time in our private chicken get well pen. Some meds in her water, extra feed and some yogurt and we think she is feeling much better. Personally I think some of it was living with those loud Guineas! But now she is living quietly with her sister Isty in their own private pen. Hoping she is feeling much much better.

Snapped this one of the chickens, it amazes me how beautiful their feathers are. And the photo does not do it justice when shining in the light 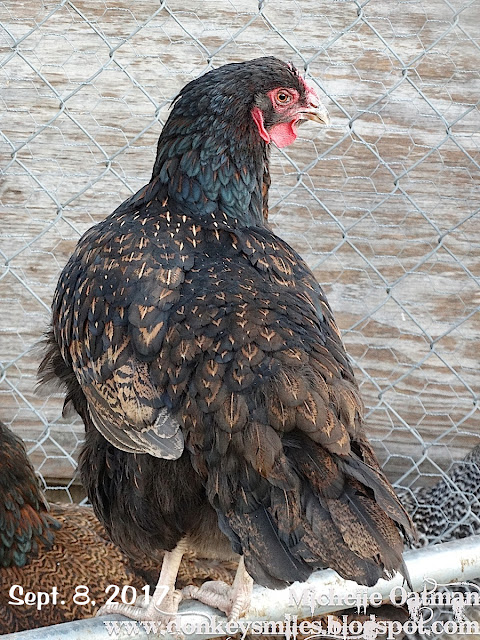 Now I will say this chicken was looking at me like ... "IF she takes one more photograph of me....... " I snapped and moved on quickly.

Found Frankie enjoying a little of tree above his pen. 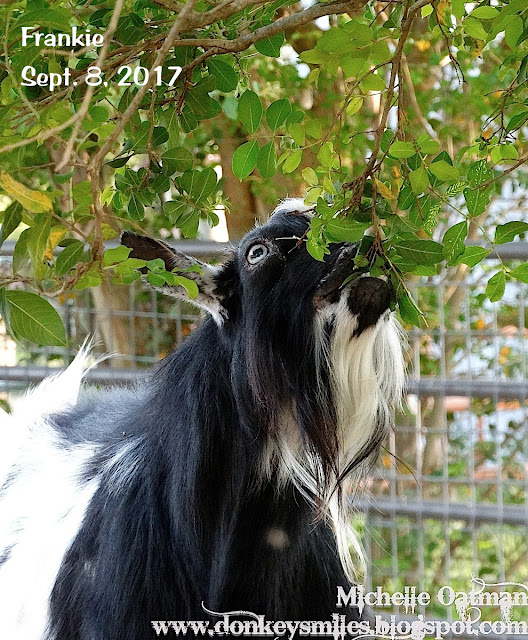 I think he was on his tippy toes and stretched out as far as he could. But mmmmm it was so worth those yummy green leaves!

On my way through the goat pen Mallory said something to me. 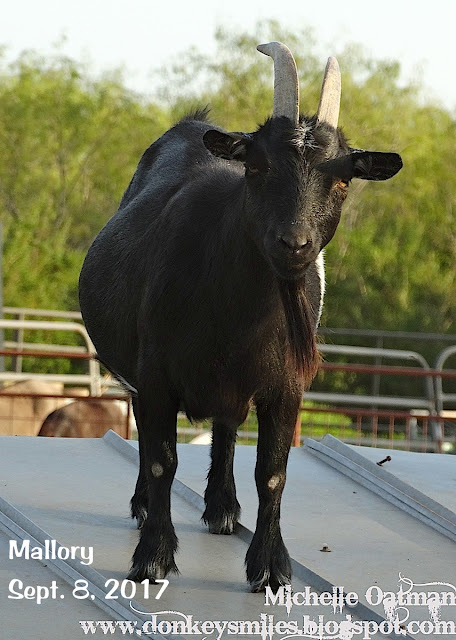 Mallory is not the sweetest goat we have. Heck she is probably on the list of the most unfriendly. She wants to be like her 1/2 sisters and get head rubs and attention, but nope, has to be what she is I guess. But for some reason she said hello to me. I snapped the photo and then took a step towards her and bam - she was gone! Oh well at least she said hello -

Good to see all those fun critters enjoying life with you and DH. Happy to see the rotten weather in TX has not had ill effects on your place. How awful for those in the path of the storms and fires. Have a fun weekend.

WOW! Doesn't take long for those guineas to grow big and ornery does it. I love getting up on Saturdays to grab a cup of coffee and come see what you and your babies have been up to during the week.

Always love to see what is happening at your place. It's my best Sunday reading here in Kangaroo Land 🇦🇺🐶🐾💖