Now this may not be a present that can be wrapped and put under the Christmas tree, but the men were still very happy to see it arrive yesterday! 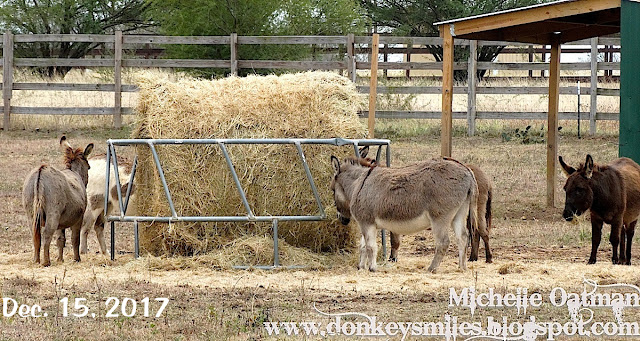 We make them eat up as much as they can from their hay bales. No waste… but it was time for a new bale in the front pasture for the men. And for them nothing else could have been better they love seeing that "fresh" new hay bale.

Waiting for "Dad" to get it off the trailer is not easy… I end up running around waving my arms and trying my best to keep them from getting behind the trailer while he gets it off with the tractor. Don't want anyone getting squished you know.

Flavio.. he stayed clear no worries. He is cautious as always waits for things to be calm before he approaches. 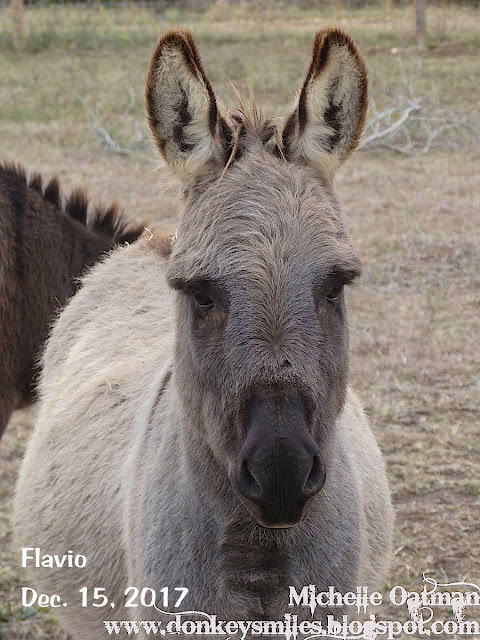 The same with his 1/2 brother Patricio. Actually Patricio is probably even more timid lately. He actually stayed in the barn most of the time we were unloading the hay. Just in case he needed to hide. But once it was down on the ground, truck and trailer were pulled away and Dad took that noisy tractor away… then it was safe to come closer. 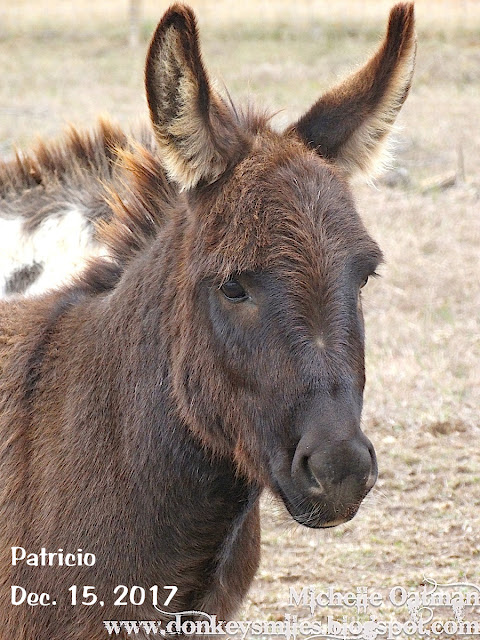 Miguel.. Diego and Rico.. nope they were not afraid of anything and getting that first bite of hay was worth the risk of a large rolling hay bale!

Was all good though .. they are so cute they are never in trouble right? 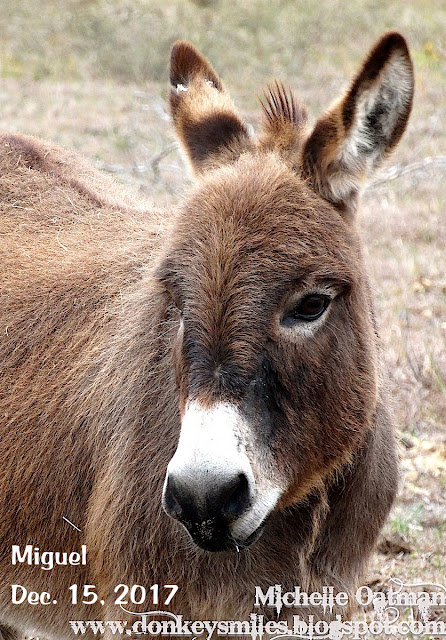 Look at that sweet puffy face! With it being colder they are all so puffed up. Helps keep them warm. And adorable.

After all they work was done hay bale in place, then there was time for some loving of course! 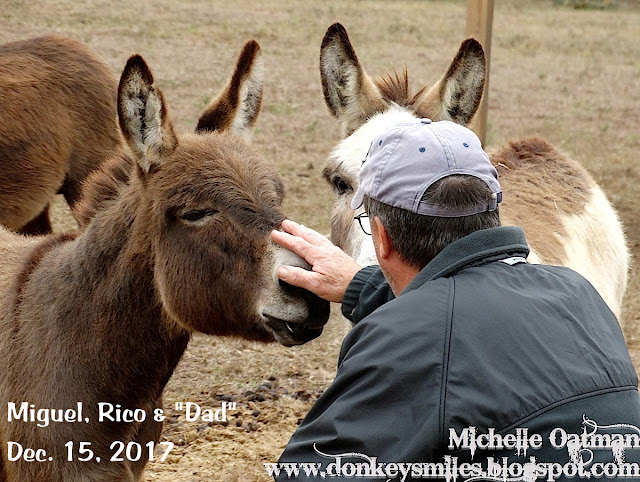 I think there was loving going both ways here.. Miguel and Rico love hugs with "Dad".

Now last week I told you that Wyatt and Spartacus had moved into the men's goat pen. And now Doc has a few new "friends" living with him in his bachelors pen. 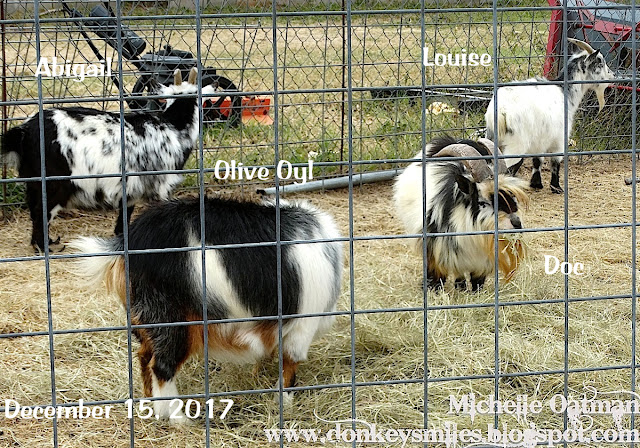 Abigail, Louise and Olive Oyl have all moved into Doc's pen for a little while. All will be first time Mom's this spring.. hopefully.  First time Mom's make me a nervous wreck but I think they all will have stunning babies with Doc. Hopefully lots of color and LOTS of blue eyes!

Now… Louise … she has been the most vocal about this arrangement. 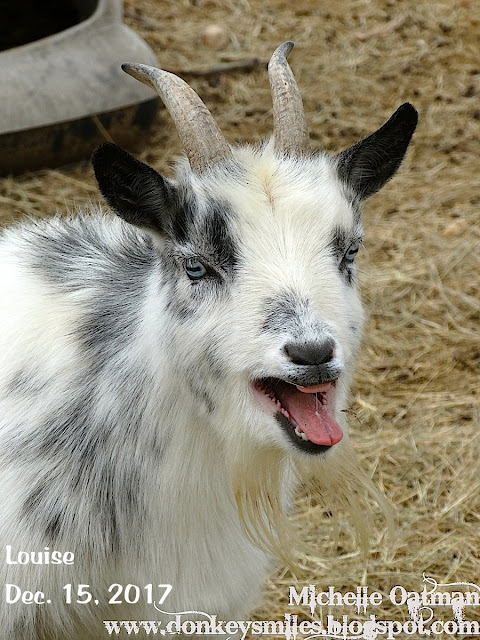 If only this photograph had sound attached to it! Wowser! She screamed wanting in with the boys.. and now that she is in there she wants back into the girls pen. Then again maybe she just likes to hear her own voice. It is loud that is for sure!

Hope you have a wonderfully blessed weekend planned. Hug a furry friend.

Wow I love those donkeys, so fluffy and sweet. Gorgeous pictures again. Always a smile on my face while reading the post <3

Another busy weekend here. I almost forgot to stop over and visit. They go nuts over fresh hay like I do a new box of Chocolates! LOL Hoping for new babies to ohh and ahh over this spring. :)